SO, let’s drop the cheesy intro. . . I dived in one of the most iconic bodies of water in the world and it was pure and brilliant.

I immersed myself head to toe in the famous mineral-rich mud of the Dead Sea before rocking effortlessly like a rubber duck at bath time.

They say the salty splodge is packed with health-promoting qualities and makes you feel and look younger, which was a good reason to brave the scorching heat.

This saline expanse is 430 meters below sea level, so it was the lowest high point of my life – and one of many unforgettable moments in Israel.

I flew to Tel Aviv after a five hour flight to the easternmost coast of the Mediterranean. A 45-minute taxi ride followed to the beating heart of these ancient and holy lands.

And there was no better place to start discovering this amazing country than exploring the sights of Jerusalem.

Just a whisper from this sacred place conjures up echoes of the past, but before entering this time machine, I was introduced to a more recent but no less intriguing tale.

Mimi Biazi – our host at Biazi Boutique Hotel – has rolled out the welcome mat and her so-called home is nestled in the Nachlaot area – a tight network of neighborhoods within walking distance of major attractions.

Mimi explained that her hotel was once the family home before the gradual gentrification of the area reversed the exodus of young people.

Her roots run deep and I fell asleep that night flipping through a booklet in my bedroom telling the moving story of her grandparents and parents Eliyahu and Geula Mizrahi, the inspiration for Mimi’s family business.

The morning began to marvel at the magnificent views from the rooftop terrace before heading out for a walking tour of one of the oldest cities on earth.

It didn’t take long to realize that Jerusalem is a living, breathing museum. Every step taken and every bend turned reveals flashes of the past.

This feeling of walking in the footsteps of our ancestors was nowhere deeper than in the maze of underground tunnels still dug today.

And of course, it’s impossible not to feel a deep sense of history as you walk along the bustling Via Dolorosa where stations mark the path Jesus took when he was forced to carry the cross on the way to his crucifixion.

Other fascinating religious sites that compel thought and reflection include the Western Wall and the Church of the Holy Sepulcher where tourists and pilgrims congregate. Away from the hustle and bustle, there are hundreds of kibbutzim all over Israel, and each has evolved in different ways since the first was established in 1909.

Some have become privatized and offer luxury spas to their customers, while others have retained a more traditional link with their pioneering agricultural roots.

The group’s choice was Kibbutz Lotan in the Arava Desert near the southern border with Jordan.

The houses are fashioned from mixtures of hay bales and mud to create guest houses for families who travel from all over the world to seek refuge in the remote oasis. There are eco-tours, workshops, hikes, trekking, biking and a green learning program for those looking to build a career or learn more about ways to live without harming the planet.

It harvests artificial (and artificial) wind and converts it into cooking gas. It was one of many quirky sights, including a pedal-powered pesto machine that came to life before a delicious communal meal was served to residents and volunteers.

From there, we stopped at the flagship eco-village of Neot Semadar, an organic village and art collective at the forefront of Israel’s eco-revolution.

It has a huge cooling tower in the center of a building that has only half-jokingly been dubbed the Taj Mahal of the desert.

It struck me as more Vegas-like with colorful pastel tones soaring above the sunny horizon like a garish beacon, thankfully without a flashing neon sign.

They too have built guesthouses for volunteers willing to enjoy a desert getaway. There are of course many other captivating locations outside the kibbutz boundaries, including the ancient city of Masada, where a Roman siege ended in heartbreaking bloodshed.

Other must-see destinations include the Makhtesh Ramon Crater – a huge, breathtaking natural geographical feature – and the magnificent Ein Gedi Nature Reserve where King David sought refuge in a cave with an inspiring spider long before the arachnid revelation. of Robert the Bruce.

Thoughts on Scotland’s history arose thanks to the unmistakable banner of the Rampant Lion fluttering in the Knights Halls of the port city of Old Akko.

It’s true to say that this UNESCO World Heritage Site is like an open-air museum where civilizations have come and gone for thousands of years. The Templar Tunnel allows visitors to travel an underground path connecting the Fort des Templiers to the port, safe from the prying eyes of enemy forces.

All of this before even talking about the city beach life on the shores of Tel Aviv and the beautiful sights of Haifa where the views of the Bahai Gardens sum up the glory of this magnificent country. 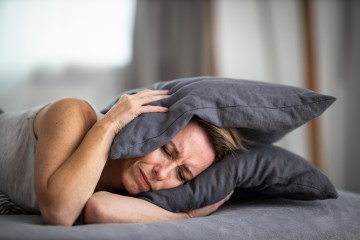 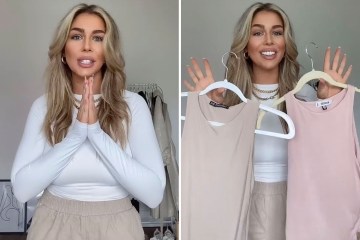 Israel didactics will tell you that the country has four seas – the Mediterranean Sea, the Red Sea, the Sea of ​​Galilee and, of course, the Dead Sea.

But after my mini odyssey through this jaw-dropping country, I’ve come to another corny conclusion: there’s a fifth one and it’s known, you guessed it, as The Must See.