West Bank
Home›West Bank›Shaken but unwavering, Palestinians do not back down as PA clamps down on dissent

Shaken but unwavering, Palestinians do not back down as PA clamps down on dissent

RAMALLAH, West Bank – Almost two weeks after being severely beaten by Palestinian security forces, Akil Awawdeh is still breathless, still protecting his bruised chest with his hand and still haunted by screams inside the police station.

“Never in my life have I seen such brutality,” said Awawdeh, a local radio reporter who has covered unrest in the Middle East for more than a decade. â€œThe sound of people screaming inside the police station, I still hear to this day. It echoes in my headâ€¦ I can’t forget.

He was among several who were beaten and detained at a police station on July 5, in one of the most violent incidents in weeks of protests against the Palestinian Authority.

The protests were sparked by the death of Nizar Banat, a vocal critic of the Palestinian Authority who died shortly after being violently arrested by Palestinian security forces last month. The Palestinian Authority is widely seen as corrupt and increasingly authoritarian, and it has faced growing dissent since the cancellation of the first elections in 15 years in April.

Palestinian security forces, including what appeared to be plainclothes agents, violently dispersed the protesters, prompting expressions of concern from the Office of the United Nations High Commissioner for Human Rights and the US State Department.

Despite the crackdown, the United States and European countries still view the Palestinian Authority as a crucial partner in managing the conflict, especially after the Gaza war in May. Western countries have trained and equipped PA security forces, which work with Israel to suppress Hamas and other terrorist groups – a policy that is extremely unpopular among Palestinians.

Security forces arrested at least six activists when they gathered in central Ramallah, where the PA headquarters is located, on the evening of July 5. Family members, fearing that the detainees would suffer the same fate as Banat, went to the police station to check on them.

Ubai Aboudi, a Palestinian-American civil society activist who was among those arrested, said his wife came with their three children, his 77-year-old father, a retired teacher, and his brother. He said he and the original detainees were not physically abused, but that security guards returned their family members.

â€œIt wasn’t really a political protest, the families were just asking to see us,â€ he said. His wife chanted: “State of freedom, no political arrests!” “

Awawdeh said he and a colleague arrived at the sit-in and started filming. When a security guard told them to stop filming, they identified themselves as journalists but complied with the request, he said. Then riot police gathered in front of the station and an officer ordered everyone to leave within 10 minutes. 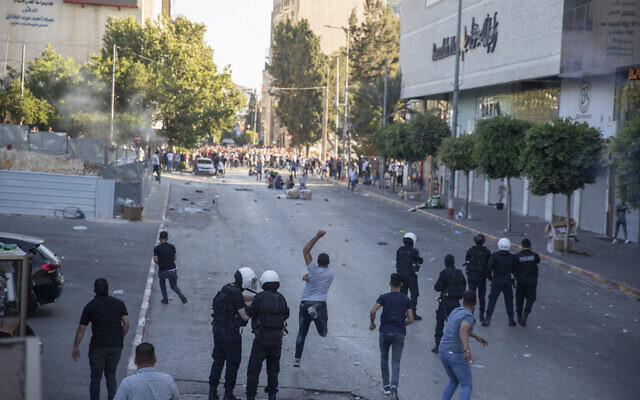 Many witnesses said police attacked everyone on the streets – activists, journalists and observers – by firing pepper spray, hitting them with batons and pulling the women by the hair.

Diala Ayesh, a human rights lawyer who was there as an observer, said she was handcuffed and dragged to the police station, and some of the officers harassed her and beat her on â€œSensitive placesâ€ on his body. She was one of at least 15 people detained.

Once inside, Awawdeh and another man were dragged into a small room and severely beaten with batons. â€œI kept telling them that I am a journalist,â€ Awawdeh said. “I told them as soon as I arrived that I was a journalist.”

He was left on the cell floor until a doctor among the detainees alerted the police, telling them that his pulse was weak. He and the other man were hospitalized and Awawdeh was treated for severe bruises on his chest. All the detainees were released within 24 hours.

Over a week later, Awawdeh was visibly shaken and appeared to have difficulty breathing as he recounted his experience to The Associated Press. He stopped several times and kept his hand against his chest throughout the interview. 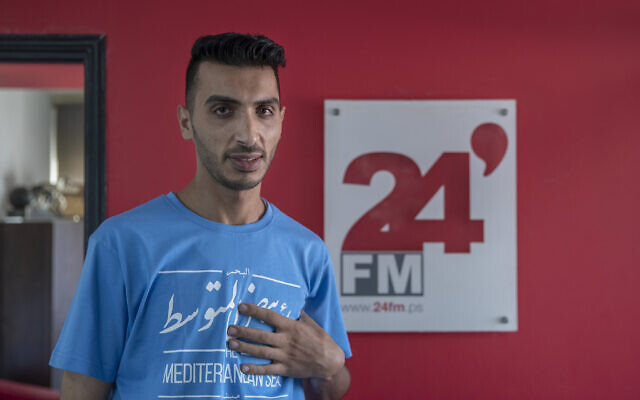 Aboudi says his wife and children, twins of seven and five, were left on the streets when their mother, grandfather and uncle were arrested. He said they were “deeply traumatized”.

Palestinian officials have not publicly commented on the events of July 5. A police spokesperson addressed questions to a government spokesperson, who did not respond to requests for comment.

Aboudi says PA Prime Minister Mohammad Shtayyeh called his father, who had once been his professor at Birzeit University, to apologize. “His apologies are not accepted because he has promised to be accountable and we have seen no responsibility,” Aboudi said.

Saleh Hijazi, deputy regional director of Amnesty International, said the Palestinian Authority has attacked peaceful protesters in the past, dating back to at least 2011. Israel also severely restricts political activity in the West Bank, and its security forces are often clash with Palestinian demonstrators. and detain prominent activists.

“Palestinians are getting it from both sides,” Hijazi said. â€œThe message from both authorities, Israel being the one with ultimate power, is that there is no freedom of speech or assembly for Palestinians. 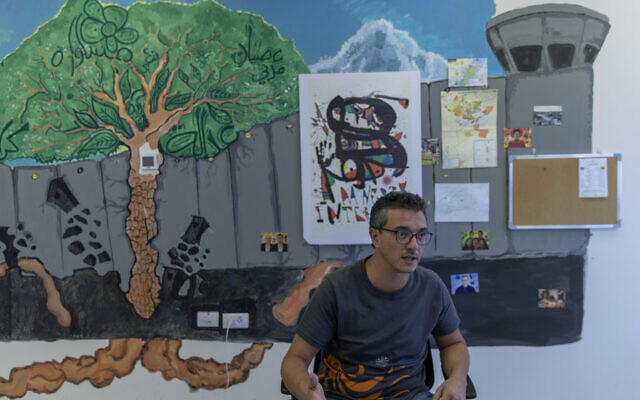 If the Palestinian Authority’s crackdown is aimed at stopping the protests, it has not worked.

Protesters gathered again in Ramallah last Sunday, days after the sit-in attack. Awawdeh was back at his radio station this week and says he will continue to work as a reporter. Aboudi was summoned to court in September and could be taken into custody again, but he too says he is determined to continue his work.

â€œPeople are always screaming that we demand our freedom,â€ he said. â€œWe want basic human rights, we want freedom, we want emancipation. We don’t care who violated our rights, but we will not tolerate these kinds of violations. “