Edward Kachura, 49, will be charged with murder for the murder of Lital Yael Melnik, 17, last month, prosecutors said Thursday.

Kachura, who worked as a nurse at the mental institution where Melnik was hospitalized, will be charged in Haifa Magistrates’ Court on Thursday with aggravating murder, a serious charge carrying a mandatory life sentence.

Prosecutors said the decision was made “at the end of the investigation and after careful consideration of the evidence in the case.” The public prosecutor is also expected to request that Kachura remain in detention throughout the legal proceedings.

Members of Melnik’s family have welcomed the news of the indictment.

“Today, two months after Lital Yael’s death, the prosecutor’s decision is a first and important step towards prosecuting the suspect and securing justice for Lital,” the family said in a statement. Her “life was cut short at 17 by the cruel actions of someone who was supposed to protect her.”

“We will not rest and we will continue our fight until we are sure that her killer will remain in prison until the end of his life,” the family added.

Earlier this week, the court extended Kachura’s pre-trial detention, overturning a lower court’s decision to release him under house arrest.

Kachura was allegedly involved in the treatment of Melnik and then allegedly had an inappropriate sexual relationship with her. Investigators suspect that Melnik, whose body was discovered at a construction site on the Haifa suburb of Kiryat Motzkin, was buried alive.

Kachura had previously claimed that Melnik asked him to bury him as part of his treatment, citing some kind of “rebirth” therapy. Police reportedly believed Kachura and Melnik had sex while the teen was in the mental health center. 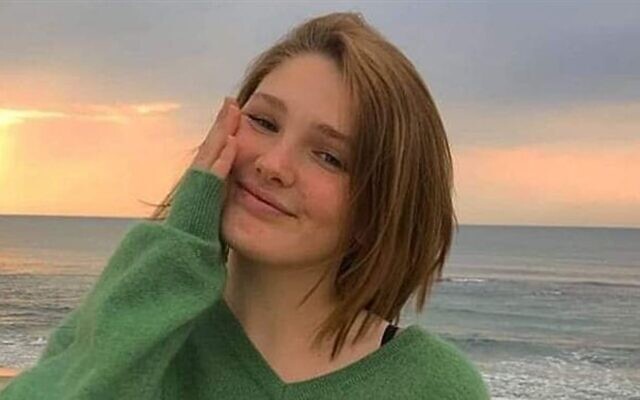 Six girls hospitalized alongside Melnik told the Walla news site that Kachura had a “special relationship” with a number of the girls at the facility.

Police believe Kachura murdered the teenager on October 2, after discovering Melnik revealed their relationship to a close friend.

Melnik’s body was discovered after a security guard called police, claiming he saw a man and a young woman arrive together at a construction site near his workplace, the man next being left alone. Police arrived at the scene and found the girl’s body half-buried in a freshly dug grave.