Just days before the escape of six Palestinian security prisoners from Gilboa prison earlier this month, the deputy chief commissioner of the Israeli Prison Service warned of a possible escape, according to a report on Sunday.

Moni Bitan published a letter on August 31, less than a week before the escape, claiming that “security prisoners, whatever their organization, have the potential to escape,” the news site reported. Walla.

However, in May, Bitan, who is also the head of IPS’s operations and defense division, investigated both Gilboa and adjacent Shata prisons, and concluded in a report that they both worked well.

The report released after the May investigation did not mention the possibility of security prisoners escaping, but Bitan then raised the issue just a week before the recent escape, the Walla news site said.

â€œIt is clear that the guards are proficient in the task they perform and act in a professional and proper manner,â€ Bitan wrote in May, according to Walla.

The six prisoners escaped from the high security facility in northern Israel before dawn on September 6, making their way through their cell’s drainage system and an empty space under the prison into one. the most serious prison escapes in the country’s history, which sparked a massive manhunt in northern Israel and the West Bank.

He warned staff failed to implement lessons learned from the escape attempt seven years ago, and called on the prison to seek more areas that could be exploited for an escape route, according to The report.

Bitan had previously served as Deputy Commander of Gilboa Prison between 2007 and 2011, and may have been aware of the institution’s weaknesses.

The prisoners reportedly carried out the excavation using sharp pot plates and handles and dumped the excavated earth into the sewage system, trash cans and sunken pits they found in their wing. 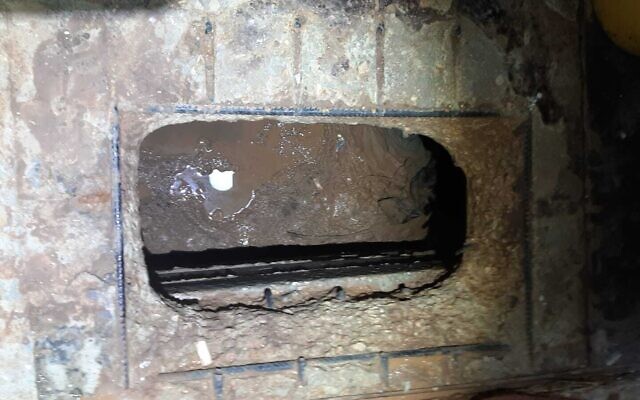 The escape is considered one of the worst escapes in Israel’s history and the prison service has come under significant criticism in the aftermath of the incident, with a series of mistakes that allowed the six of s ‘escape, including unmanned watchtowers and sleeping guards.

Five of the fugitives were members of the Islamic Jihad terrorist group. They have been charged with a variety of terrorism-related crimes, ranging from the illegal arms trade to kidnapping and murder. Zubeidi, a commander of Fatah’s Al-Aqsa Martyrs Brigades terrorist group, was in prison on trial for two dozen crimes, including attempted murder.

Times of Israel staff contributed to this report.