Homeland Security Minister Omer Barlev led a series of meetings between senior law enforcement officials on Sunday after Israel saw a string of killings in recent days, most of them in the Arab community.

Officials have vowed to invest additional resources in tackling crime after the country recorded 12 murders in a week, including seven since Thursday night.

“The recent murders are a serious blow to our efforts against crime,” Barlev said. “Our fight against crime in the Arab streets is correct and has proven itself over the last year – but it is also a long, complicated and difficult one.”

“We are determined to continue the fight against the criminals forcefully and with all the means at our disposal,” he said.

Police Chief Kobi Shabtai also chaired a meeting of police officials and tried to paint a more optimistic picture of police success, saying they had foiled another 50 murder attempts.

The moves come after a series of murders.

A 60-year-old man was shot dead in Ramat Gan on Saturday. According to the police’s initial investigation, the victim’s daughter is in the process of divorcing her husband and has recently moved into her parents’ house in the suburbs of Tel Aviv.

The shooter, identified as the father of the woman’s husband, arrived at the victim’s home on Saturday morning and shot her at close range in the building’s stairwell. 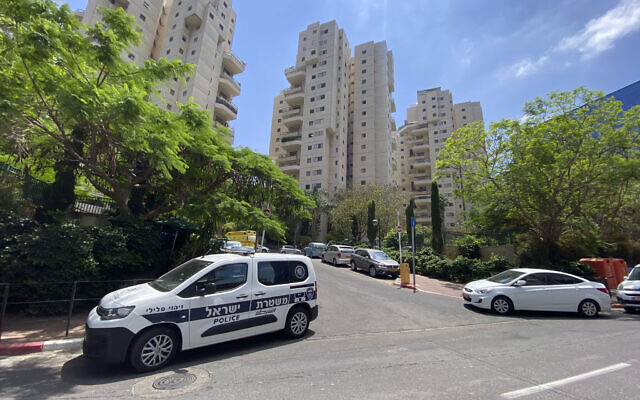 On Friday evening, three men from northern Israel were shot dead within hours of each other – a 37-year-old man was shot outside his home in Kafr Qara, a 25-year-old man from the town of Nahf was shot, and a 42-year-old man was killed in Kiryat Ata.

Earlier today, a 24-year-old man was stabbed to death in the southern coastal city of Ashkelon.

On Thursday evening, cousins ​​Mohammed and Ali Fakhouri from Nazareth were found shot dead in a car in an alleged double murder.

On Monday evening, Mahmoud Sna Allah, a 43-year-old man from the town of Deir al-Assad, was shot dead in his car in the northern town of Bi’ina.

On Sunday, a 51-year-old woman died in Haifa shortly after being found in critical condition alongside her husband. The man was seriously injured in what police suspect was a murder and attempted suicide.

And last Saturday, a 27-year-old man was shot and killed while sitting in his vehicle in the northern town of Jatt.

The majority of murder victims over the past week have been from Arab communities, which have seen an upsurge in violence in recent years. Many blame the police, who they say have failed to crack down on powerful criminal organizations and largely ignore violence, which includes family feuds, mafia turf wars and violence against women. Communities have also suffered from years of neglect. 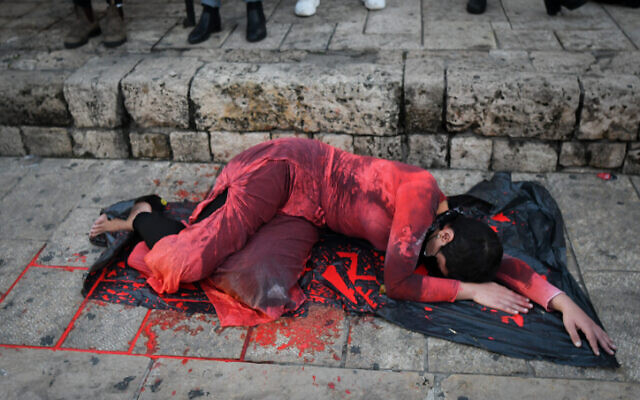 An Arab citizen protests against community violence, in Jaffa on February 6, 2021. (Avshalom Sassoni/Flash90)

Besides the murder of the Haifa resident, there has also been a noticeable increase in incidents of deadly violence against women since the beginning of the month.

On Monday, police discovered the body of Sapir Nahum, a mother of two young children from Acre who had been missing for almost two weeks. Her ex-boyfriend is the prime suspect in her murder.

Last week, a 65-year-old woman was found dead in her apartment in Petah Tikva. Her husband was found casually smoking a cigarette and drinking alcohol and was arrested by the police.

And in a separate incident, a 28-year-old Arab anti-violence activist and daughter of the deputy mayor of the northern town of Shfaram was killed in a car bomb attack on June 8. 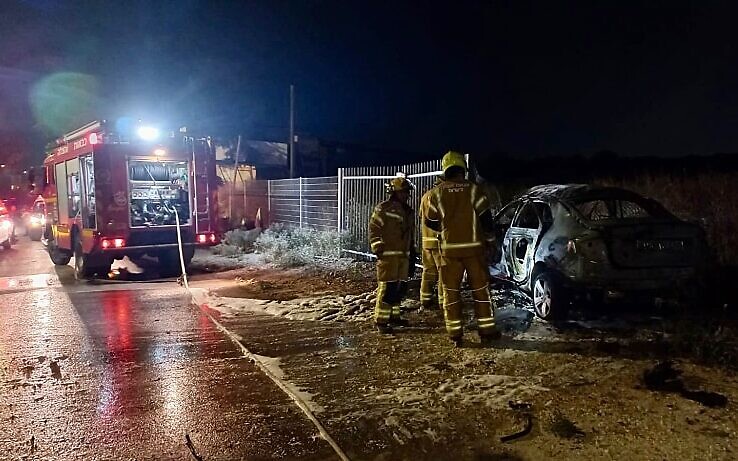 The scene of a car bomb attack in which Johara Khnifes was killed, June 7, 2022. (Fire and Rescue Services)

According to data published by the Israel Women’s Network, a women’s rights group, an average of 20 women are murdered each year because of their gender, and more than half of them know their killer personally.

More than 200,000 women are victims of violence in Israel each year, but only a quarter of them report their experience to the authorities, the group said.

According to a report published by researchers at the Hebrew University of Jerusalem in January, there have been 16 cases of women being murdered in Israel by a parent or partner throughout 2021, and 21 cases in 2020.