The Jaffa House is a 19th century Ottoman building located in an old and pleasant part of Jaffa, overlooking the Tel Aviv skyline and the Mediterranean Sea. Led by Meital Mayorchik Saris of MáS Studio, this renovation project seeks to give clear expression to this couture where the cultural character of the lodge meets contemporary architectural style – that place where old meets new and tradition meets technology.

The challenge was to maintain the existing traditional architectural character of the building while creating a place that accommodates the life of the young family of six who call it home. ‘The driving idea of ​​this project was not to compete with the existing cultural and architectural elements in the house, but to join them, to highlight them and to be open to the results of surprising choices.,’ writes the architect.

The Jaffa House was originally built in the usual Ottoman fashion – as a collection of spaces arranged around a large central room which forms the heart of the structure. The architect decided to strip away all the layers of material that have been added over years of periodic renovation and reveal the original structural fabric of the building. ‘By using new materials and technologies, we created a contrast that both retained and enhanced the traditional elements of the building’s construction,’ Saris remarks.

The large central hall has been transformed into a library in which antique tools and contemporary objects from the owner’s collection are displayed, enhancing the conversation between the building’s original cultural characteristics and modern architectural ideas. For example, the door sills have been replaced with the same Carrara marble found in the pillars supporting the arches. Additionally, an entire wall made of Kurkar, a type of sandstone along the coastal areas of Israel and Lebanon, was found hidden behind a layer of wooden paneling and now, exposed, forms a central structural element.

The house is one where cultural and architectural elements with heavy and traditional furnishings impress with its beauty and yet cold and formal, one that is not suitable for a young family looking for a place to relax and get away from it all. end of the day. Therefore, as a final intervention, in the less formal living room of the two, MáS Studio created a wide bench covered in Moroccan plaster, which serves as a place to read, play and relax. 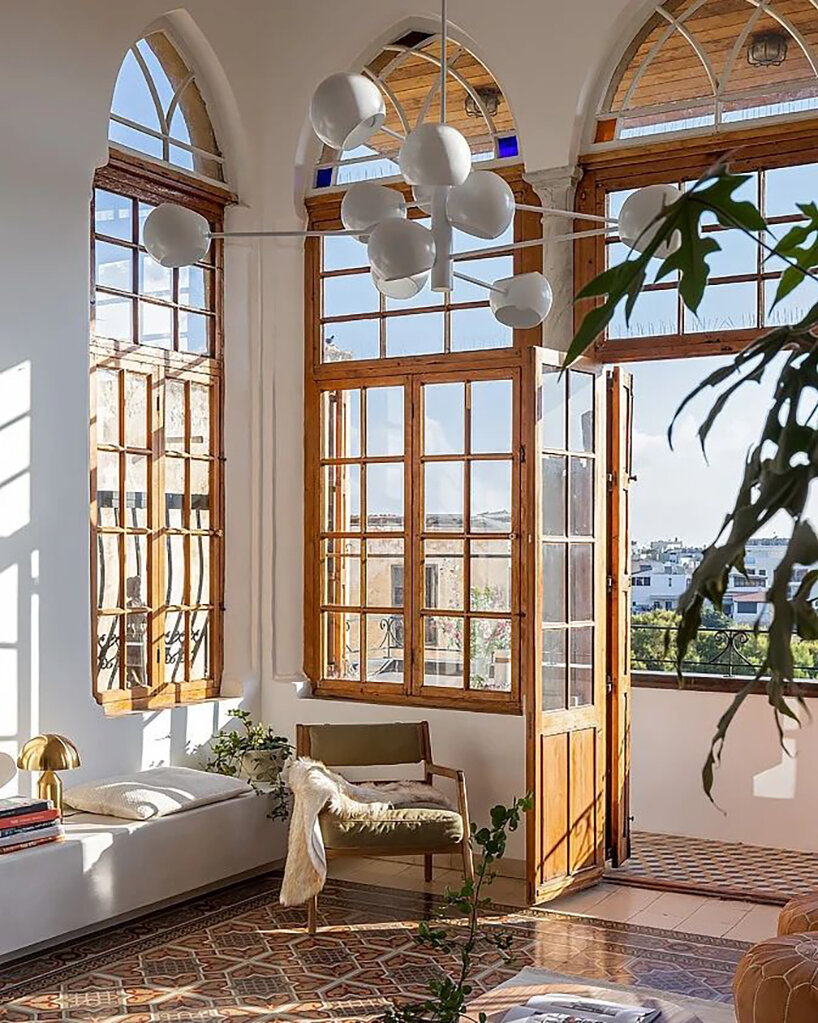 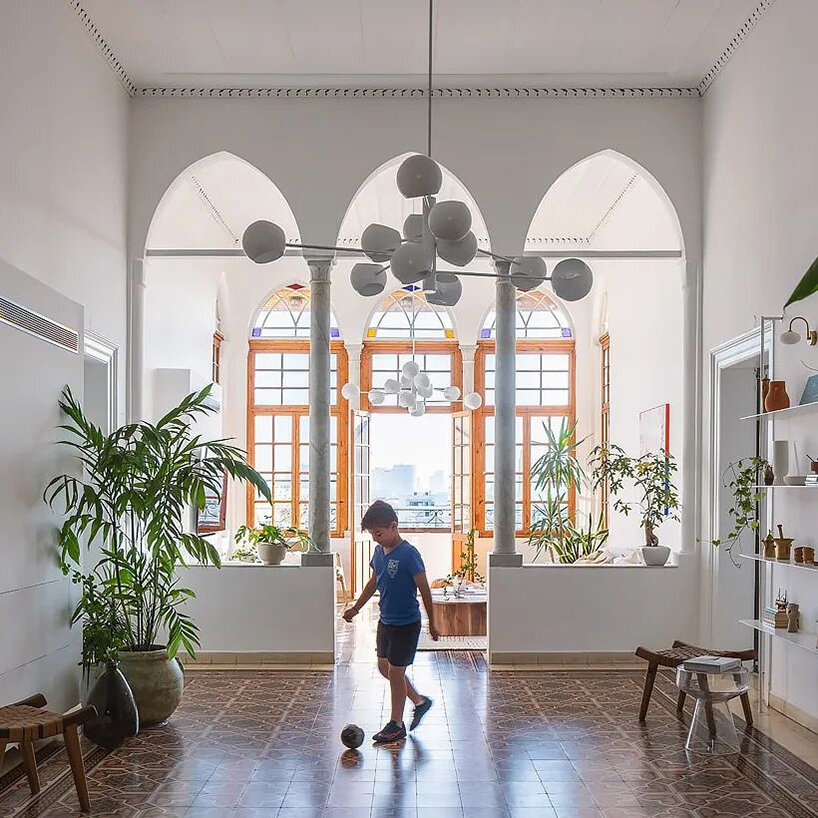 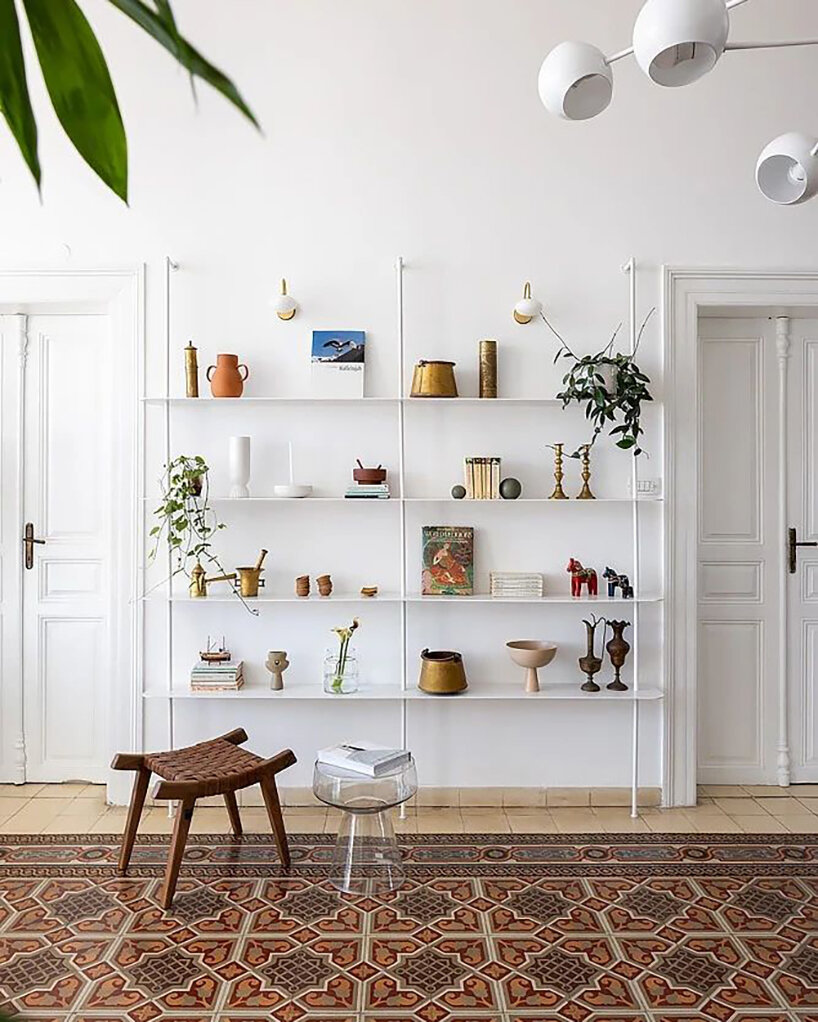 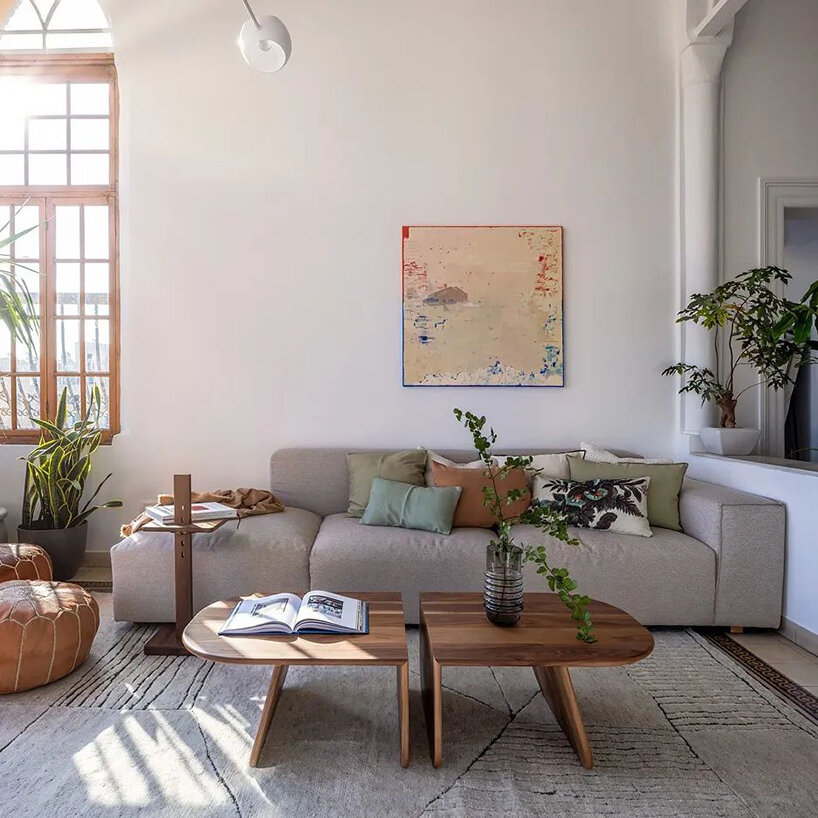 a relaxed, warm-toned living space that counters the formal, traditional furnishings in other rooms 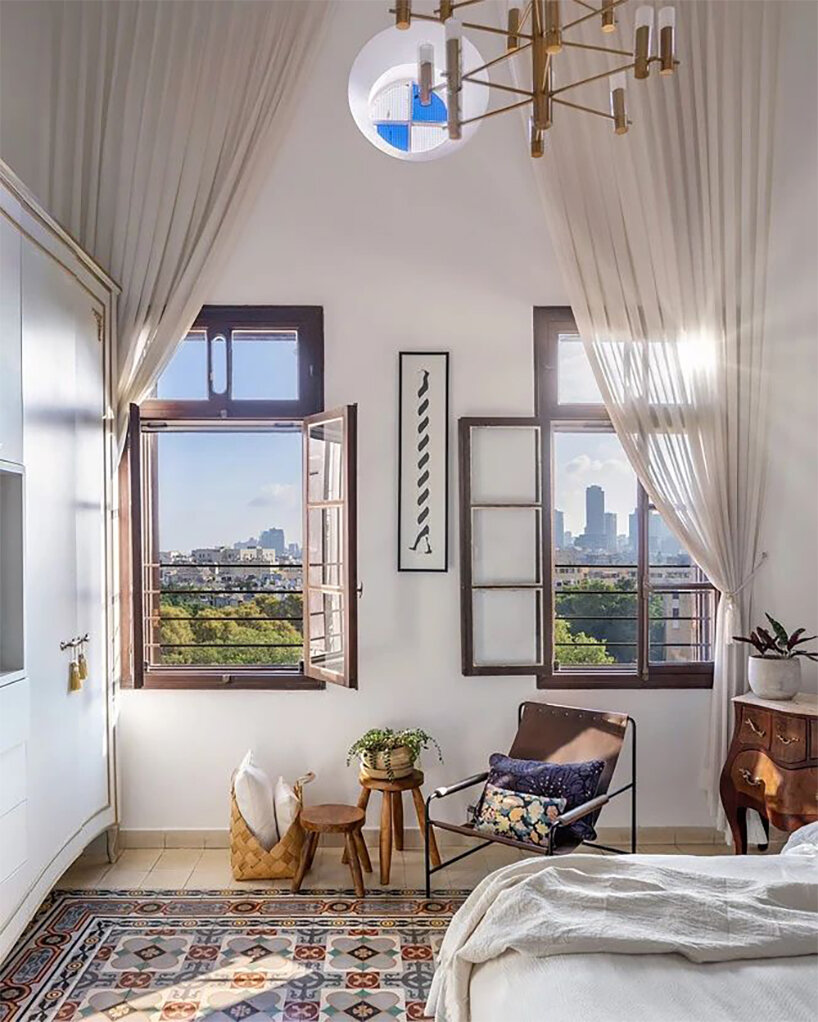 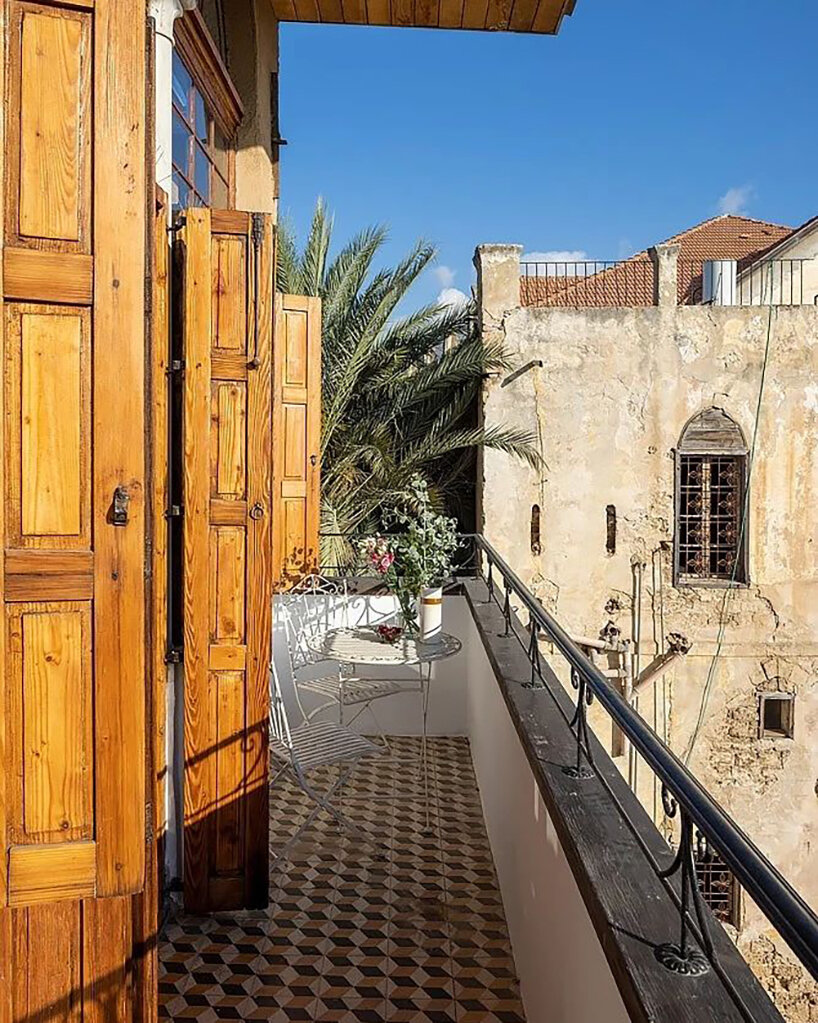 the balcony, where much of the traditional architecture is preserved

designboom received this project from our DIY Submissions feature, where we invite our readers to submit their own work for publication. see more project submissions from our readers here.