The Maccabi arrived at Bloomfield Stadium for the game against newly promoted team Hapoel Nof Hagalil following Sunday’s 3-1 win over Hapoel Haifa which saw them climb the rankings. With 14 points from the first 10 matches, Barak Itzhaki and his men knew that a second consecutive victory would take them higher in the standings. Itzhaki made just one change from the side which came back from Haifa with all three points as Osama Khalaila led the Maccabi attack replacing Croatian striker Stipe Perica who was dropped on the bench.

The defense remained unchanged with Luis Hernandez and Idan Nachmias as two center-backs just ahead of goalkeeper Daniel Peretz. Enric Saborit and Andre Geraldes completed the last four left and right respectively with Sheran Yeini assigned the role of midfield presenter. Eyal Golasa and Gabi Kanichowsky were the two additional midfielders tasked with supplying ammunition to attackers. Tal Ben Chaim who opened his account against Haifa retained his place with Brandley Kuwas on the opposite wing in support of Khalaila.

Maccabi started the game by squeezing Nof Hagalil in his own half, which almost resulted in an early goal. Osama Khalaila stripped a defender of the ball deep in Nof Hagalil’s half and ignored another before charging into the box. But the young striker, who was well placed to shoot, saw his effort blocked.

A minute later, Luis Hernandez became the first player to be cautioned by referee Erez Papir for shooting an opponent from Nof Hagalil near the halfway line. The Maccabi continued to look dangerous as Tal Ben Chaim blocked a corner kick in the 10th minute while Enric Saborit sent a cross who could not find a Maccabi player in the box on the 13th. Eyal Golasa had a left-footed shot deflected for a corner kick in the 20th minute which resulted in a Saborit shot that was blocked. 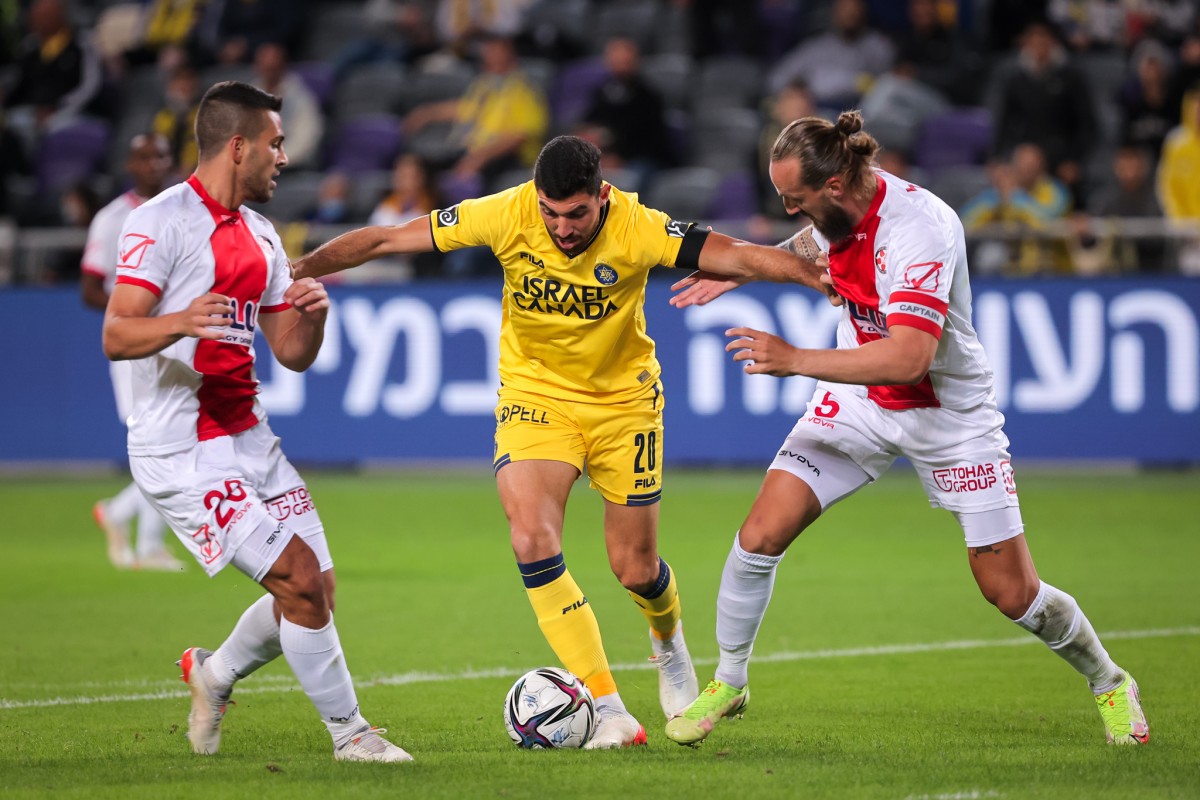 Just half an hour later, Sheran Yeini also received a warning for a foul that stopped a Nof Hagalil counterattack. Roei Shukrani tested Daniel Peretz with a right-footed shot from the edge of the box which was equaled by the young keeper in the 35th minute. 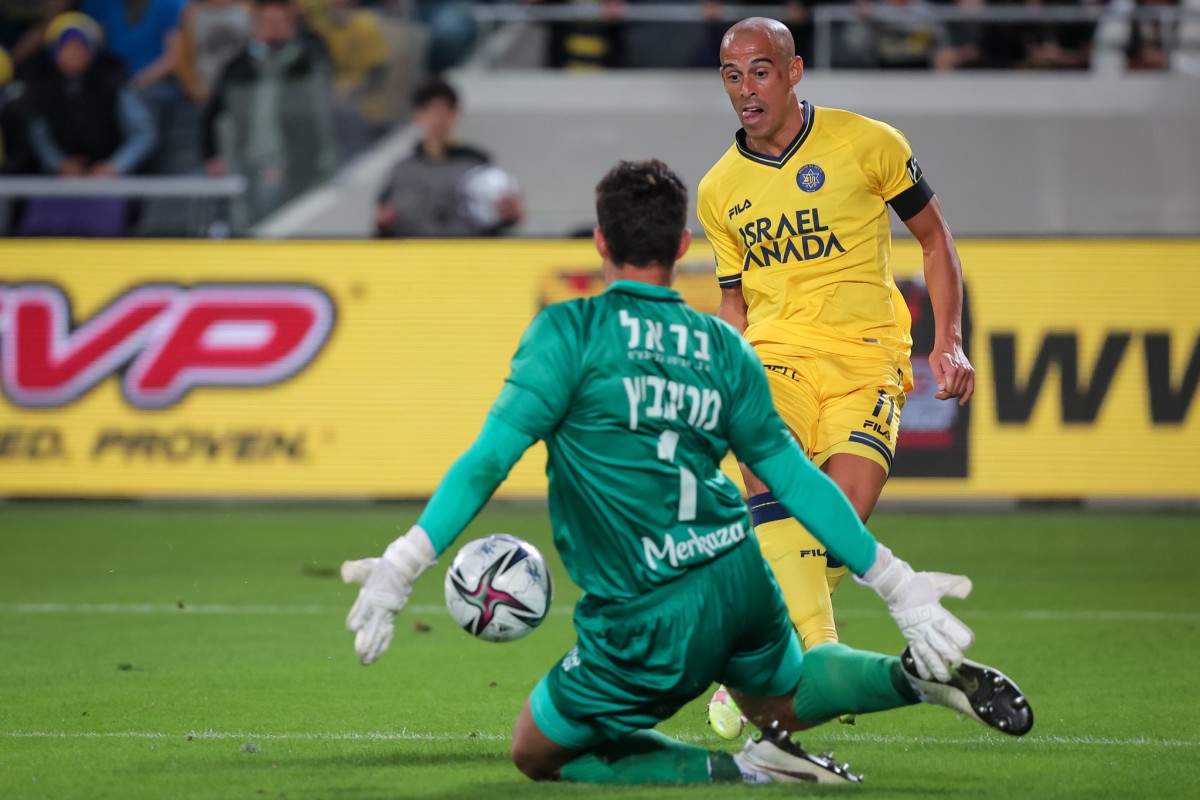 Brandley Kuwas, who sent an effort earlier over the bar, came out terribly far on 36 as it looked like the Curacao forward was closing in to find the target. In the 39th minute and against the run of the game, Nof Hagalil managed to tie the score as Waheb Habiballah managed to convert the ball past Peretz after Maccabi struggled to clear a corner.

Without another goal, the referee’s whistle at half-time sent both teams to the locker room for a 15-minute break. Habiballah was injured before the break and was replaced on the restart by Stav Nachmani. 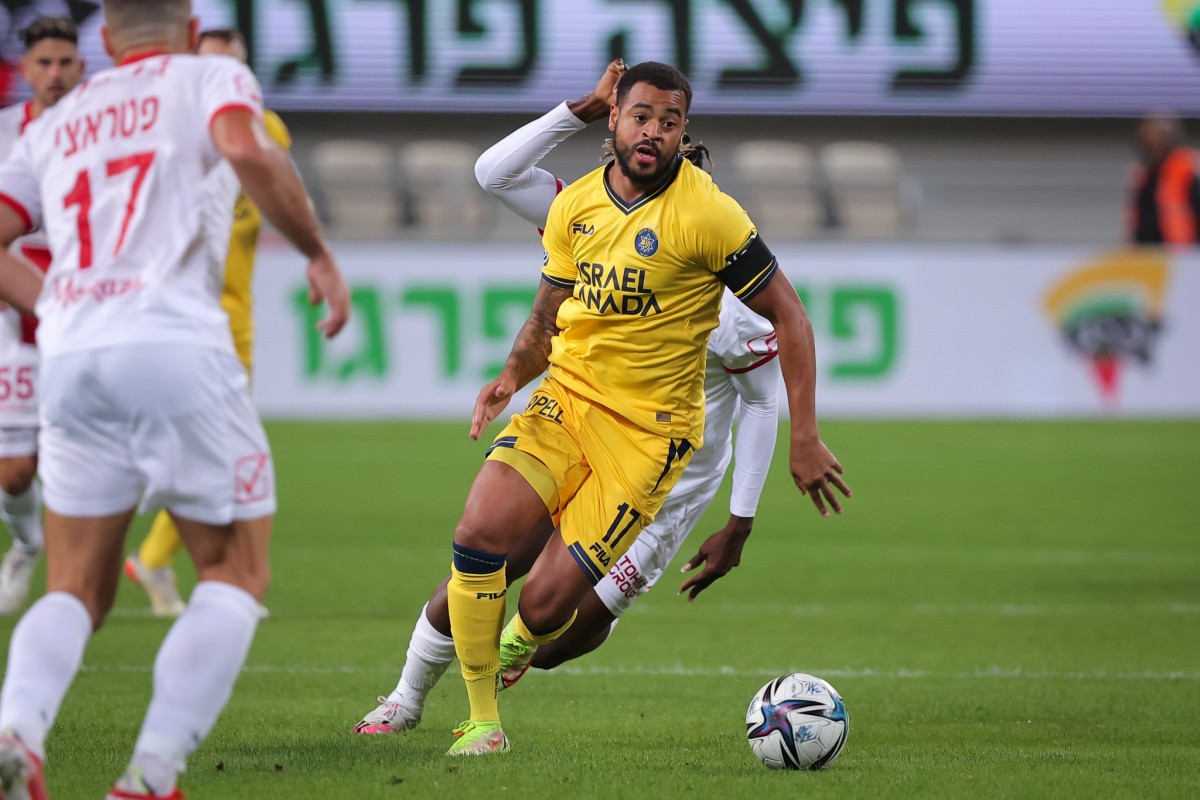 A half volley from Kuwas’ left foot in the 49th minute went past the target before Ben Chaim, who was set up by Khalaila, sent his right shot at Marinovic on 50. Itzhaki made his first change in the 58th minute as Stipe Perica came for the industrious Khalaila.

A shot from Eyal Golasa in the 64th minute cleared the crossbar as Itzhaki made a double change three minutes later with Golasa replaced by Eden Shamir while Dan Biton replaced Ben Chaim. 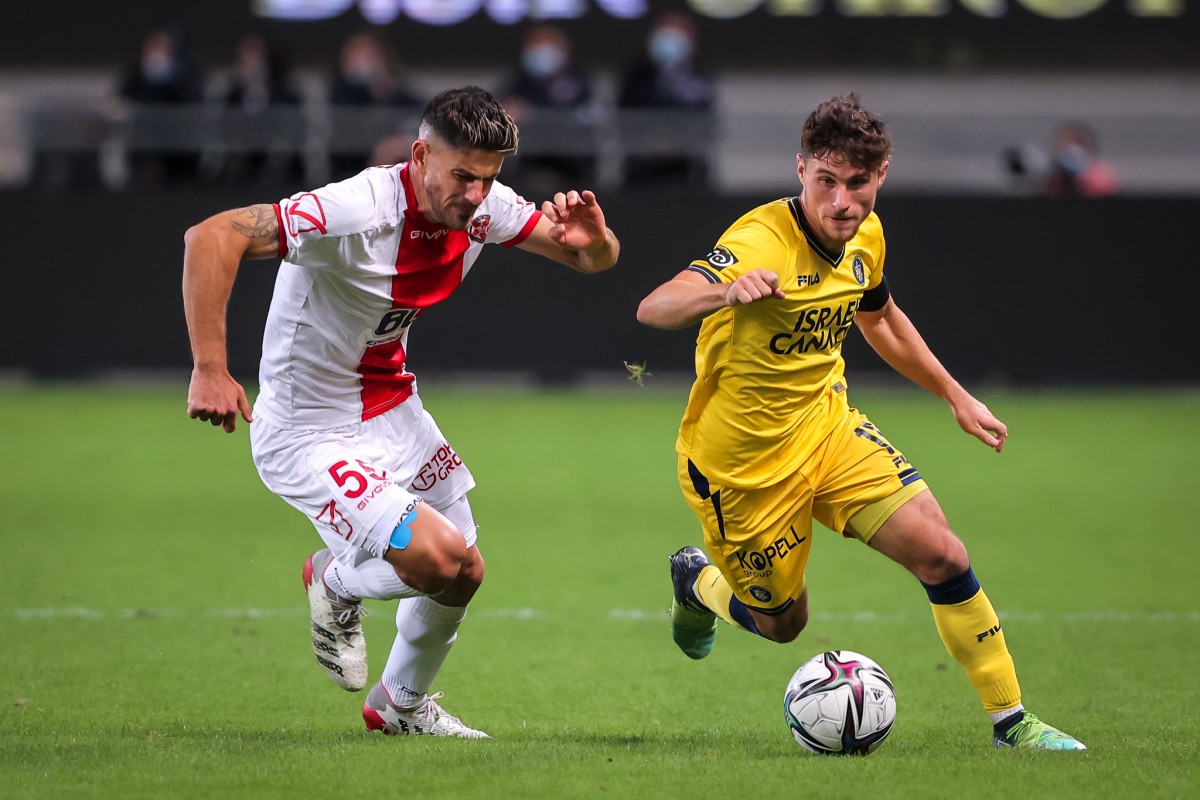 A well-drilled free kick fell to Saborit in the box on 69 only for the Spanish defender to see his shot blocked before Marinovic recovered with ease. Yeini had a good chance to put the Maccabi ahead in the 73rd minute as he landed a Kuwas corner at the far post but saw his volley saved by the keeper before Perica pulled the rebound wide.

Eylon Almog and Eduardo Guerrero replaced Kuwas and Kanichowsky on 85 as two Itzhaki players with fresh legs for the final 5 minutes.

Despite four minutes of added time, the Maccabi were unable to break through the defense of the visitors who celebrated the draw at the final whistle amid dissatisfaction expressed by the majority of the 10,240 fans who attended the game.