Boosted by the victory over Maccabi Haifa last Saturday, the Maccabi arrived at Turner Stadium with the aim of maintaining the momentum created at Bloomfield. Patrick van Leeuwen made no changes to his starting lineup which beat Haifa and sent the same 11 players against Be’ersheva.

Daniel Peretz retained his place in the goal with Idan Nachmias and Luis Hernandez as two center-backs while Andre Geraldes and Ofir Davidzada completed the defensive back. Sheran Yeini led the team in the captain’s armband in his 494th appearance to overtake Avi Nimni in 4th place in all-time appearance records. Dan Glazer joined Yeini in the heart of the midfield with Dan Biton completing the midfield trio tasked with delivering ammunition to the strike force.

Brandley Kuwas and Gabi Kanichowsky have retained their places on both wings in support of Stipe Perica who will aim to continue his streak which now extends to three goals in as many successive matches. On the bench however, Van Leeuwen made just one change as Ido Shahar replaced Tal Ben Chaim among the substitutes awaiting their chance to make an impact.

Turner Stadium was packed for the game which started with both teams trying to score their authority from the start as tackles erupted from the first whistle. A Brandley Kuwas tackle on Eugene Ansah near the signing and just inside Maccabi’s half saw referee Aviad Shiloah award Be’ersheva a free kick in the fourth minute. Helder Lopes whipped up the free kick before Danilo Asprilla rose above Maccabi’s defense and sent a header that beat Daniel Peretz at the far post. 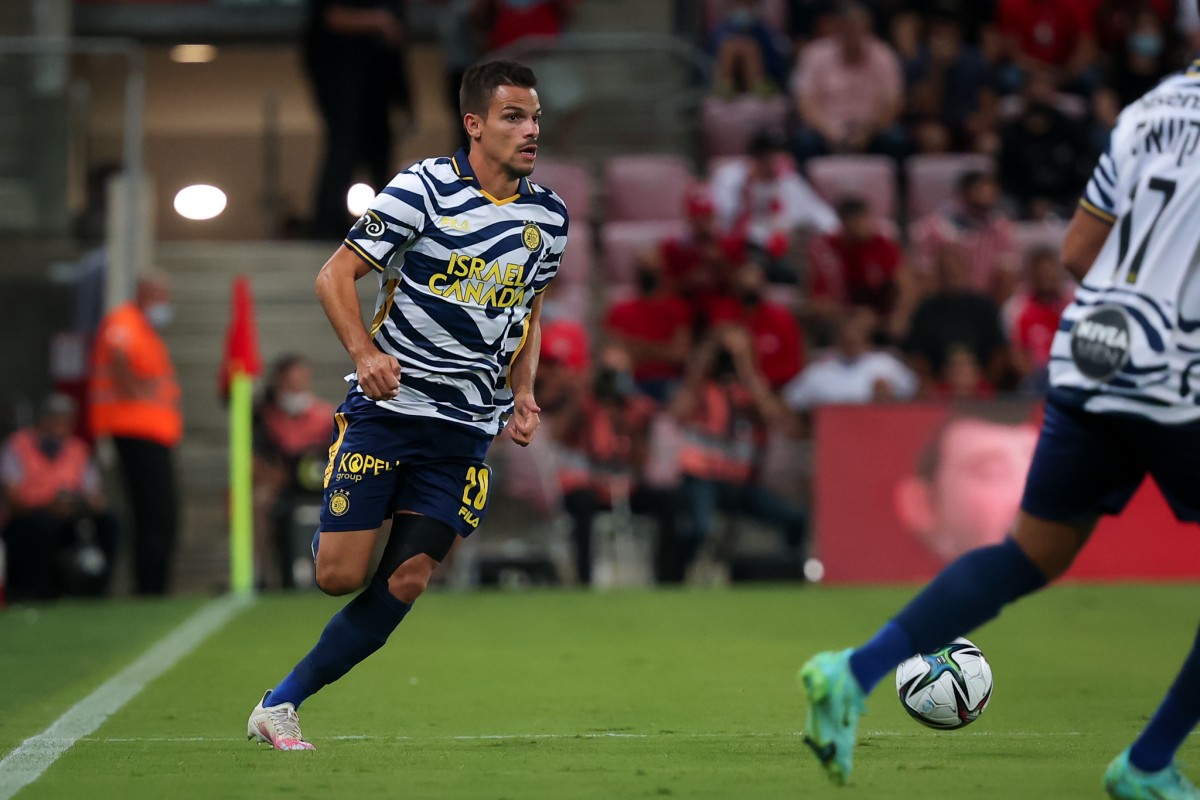 Van Leeuwen was forced to make his first change in the 15th minute as Idan Nachmias limped with what appeared to be a collarbone injury, as he was replaced by Matan Baltaxa. Be’eesheva nearly doubled her lead in the 22nd minute as Asprilla charged in the middle before releasing Ansah in the box. The Be’eesheva forward had time and space to beat Peretz, but the 21-year-old goalkeeper saved with his feet to keep Maccabi in the game. Just half an hour into the game, Dor Micha limped out with an injury and was replaced at Be’ersheva by Ramzi Safuri.

Maccabi created their first serious chance in the 36th minute as a well-drilled free kick allowed Dan Biton to free Andre Geraldes whose cross was led by Luis Hernandez over the crossbar. B’ersheva continued to look dangerous on the counterattack as Ansah forced another save from Peretz in the 38th minute. Four minutes later, a Maccabi exposed Be’ersheva’s defense with a counterattack at the end of which Kuwas had an effort cleared from the mouth of the goal. 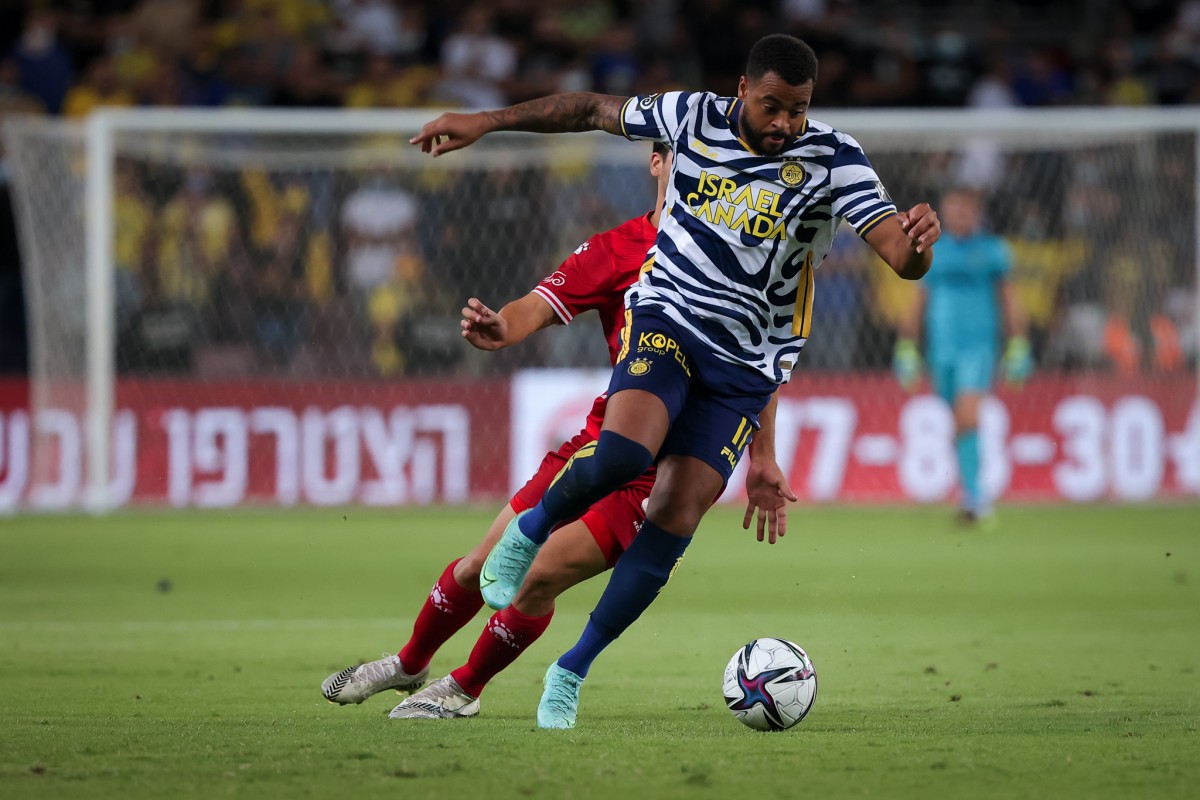 Without a change at half-time, the Maccabi emerged for the second half determined to try and get back into the game. In the 50th minute, however, the Maccabi defense struggled to cope with Ansah as the ball fell to Safuri which forced another save from Peretz. Biton sent a powerful left-footed shot from the edge of the box that narrowly missed the mark on 53.

Just on the hour mark, Be’erhseva doubled his lead as Ansah and Safuri’s combination resulted in an unstoppable left-footed shot that gave Peretz no chance to bring the score to 2- 0. 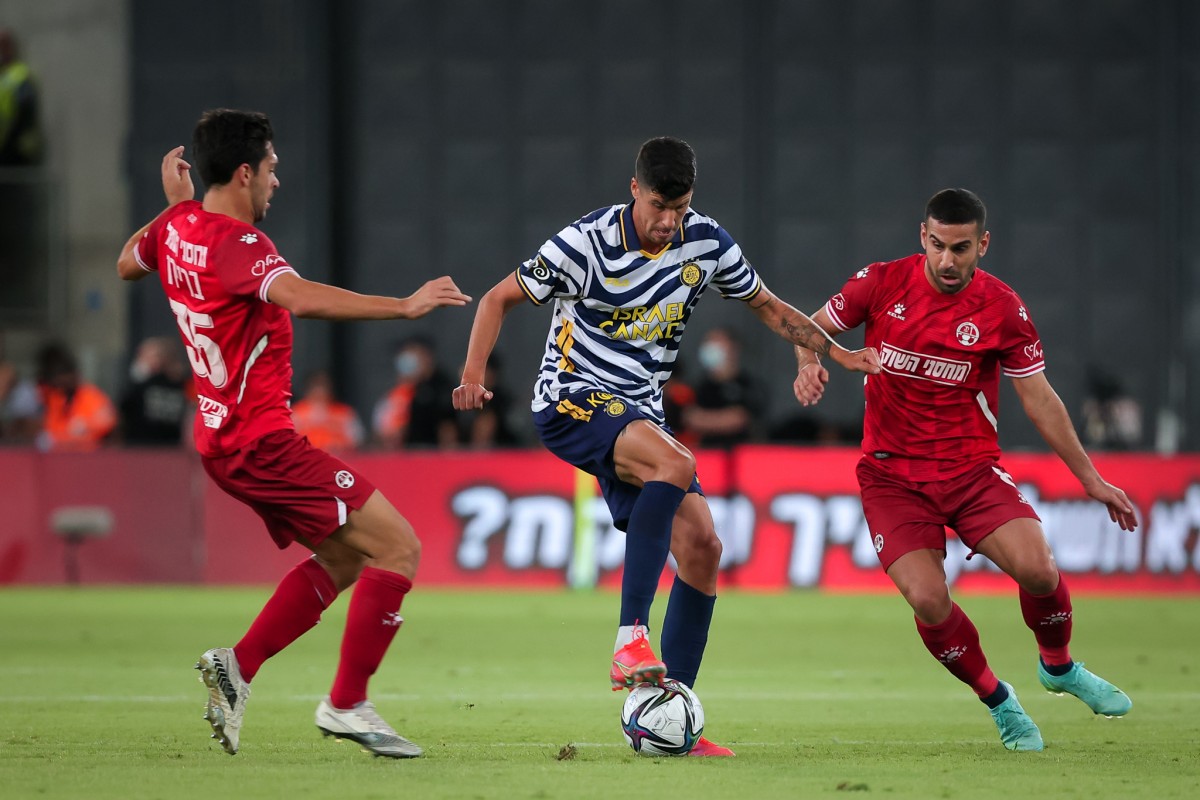 Van Leeuwen responded with a triple change out of 67 as Eden Shamir, Matan Hozez and Osama Khalaila replaced Biton, Kuwas and Stipe Perica. Van Leeuwen made his fifth and final substitution out of 85 as Eylon Almog replaced Gabi Kanichowsky for the final five minutes.

Almog came close to reducing the deficit in the 90th minute when he sent a powerful header after a square ball from Ofir Davidzada, but Ariel Harush pushed the ball for a corner. Almog’s misery was complete seconds later, as the referee showed him a red card in added time.