After a two-week international break, Maccabi Tel Aviv returned to the league for the sixth round of the league away from Maccabi Netanya.

Maccabi coach Patrick van Leeuwen made three changes from the squad that beat Hapoel Jerusalem in the international break, with Enric Saborit coming back to the left side of the defense at the expense of Ofir Davidzada. Sheran Yeini and Luis Hernandez lined up as two center-backs ahead of Daniel Peretz, Andre Geraldes completing the last four at right-back.

Dan Glazer and Eden Shamir were the two presenters in the engine room, with Dan Biton coming back to the side atop the midfield trio. Gabi Kanichowsky made his first appearance against his former club with Brandley Kuwas assigned to the opposite wing as Stipe Perica led the line up front.

An electric atmosphere greeted both groups of players at Netanya Stadium as hosts who recently appointed Benny Lam as their coach came in droves as Maccabi fans filled the entire Upper East Stand. With one minute to go, Netanya’s Igor Zlatanovic exploited a mistake by Maccabi’s defense to grab the stray ball and explode it over the goal.

At the other end, Dan Biton burst into Netanya’s box two minutes later, but his shot hit the side net. In the 9th minute, however, the stalemate was broken when Brandley Kuwas spotted Andre Gerlades’ straddle run before the Portuguese full-back sent a cross which deflected a defender’s boot allowing Stipe Perica to take the ball home. 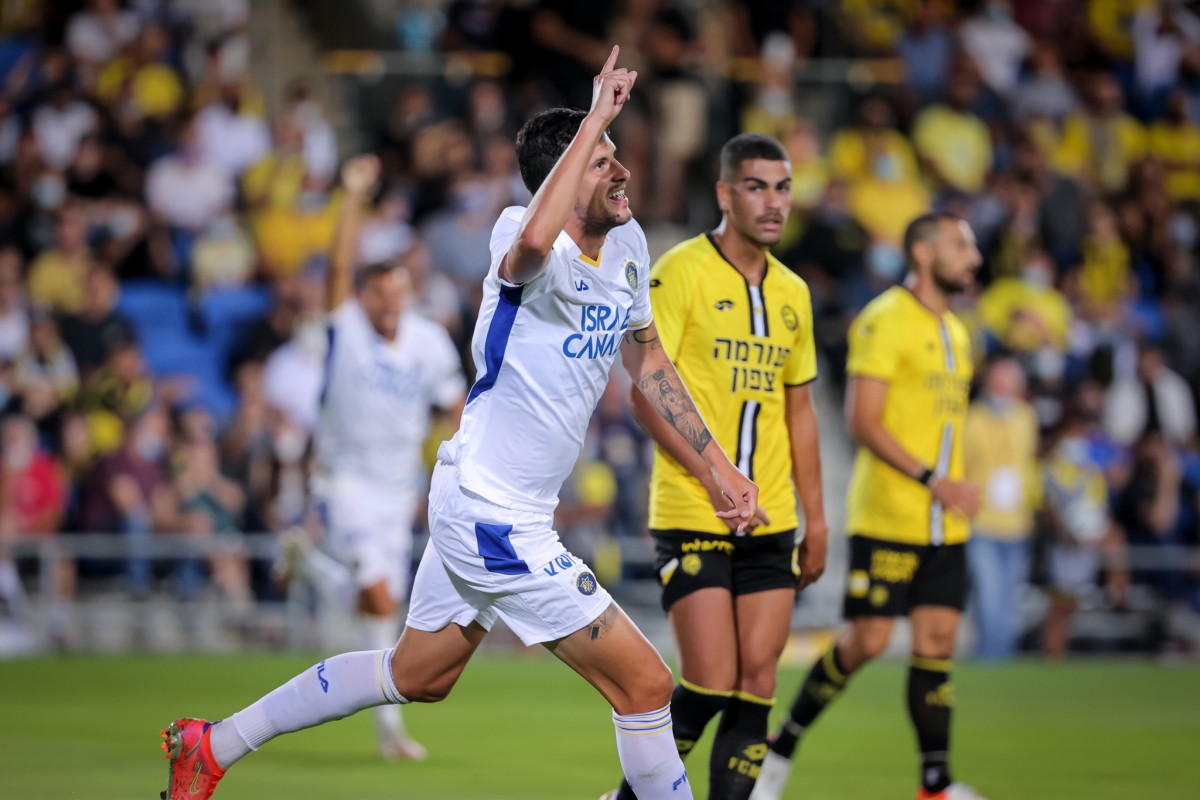 Maccabi almost doubled the lead in a nearly consistent move this time with Enric Saborit at the end of Geraldes’ cross but the Spaniard missed the mark. Perica managed to put the ball in the net for the second time in the 15th minute after Eden Shamir trimmed Netanya’s defense with a smart through pass. But the Croatian’s celebrations were short-lived as the goal was ruled out for offside. Raz Shlomo became the first player to enter the referee’s book for a foul on Perica at the edge of the box as Biton missed the opportunity by sending the free kick away from the target.

Dany Amos kept Netanya in the game of 26 as he sent a strong arm to prevent Kuwas who was freed in the area by Gabi Kanichowsky. Four minutes into the half hour mark and against the course of the game, Netanya was back on a tie when Boris Enow beat Daniel Peretz with a powerful low strike that slipped into the bottom corner from the edge of the box. Three minutes later, the Maccabi were back in front of Kanichowsky sending a cross on the way to Perica who returned home at close range to bring the score to 2-1. 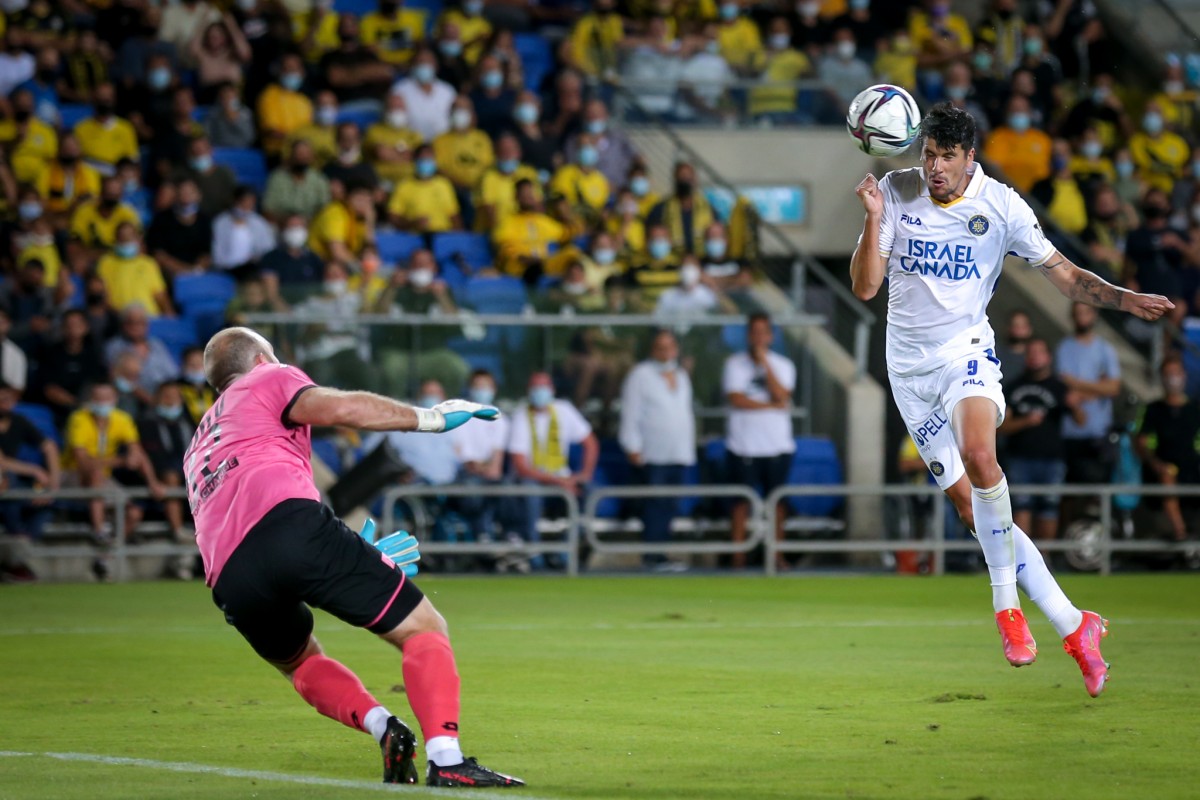 Van Leeuwen made two changes after the break as Eyal Golasa and Eduardo Guerrero replaced Biton and Kuwas for the restart while Netanya sent in Yaniv Mizrahi and Omri Gandelman.

Three minutes after being introduced, Golasa could have increased Maccabi’s lead as a counterattack he started with Kanichowsky resulted in a precise cross from the small winger that Golasa returned to Amos’ hands.

In the 53rd minute, Mizrahi managed to beat Peretz to the other side, but the goal was ruled out for offside. One minute after the hour mark, Mizrahi scored a spectacular aerial kick to equalize the score and in three minutes Perfect Guigaon returned home to complete Netanya’s comeback and bring the score to 3-2. 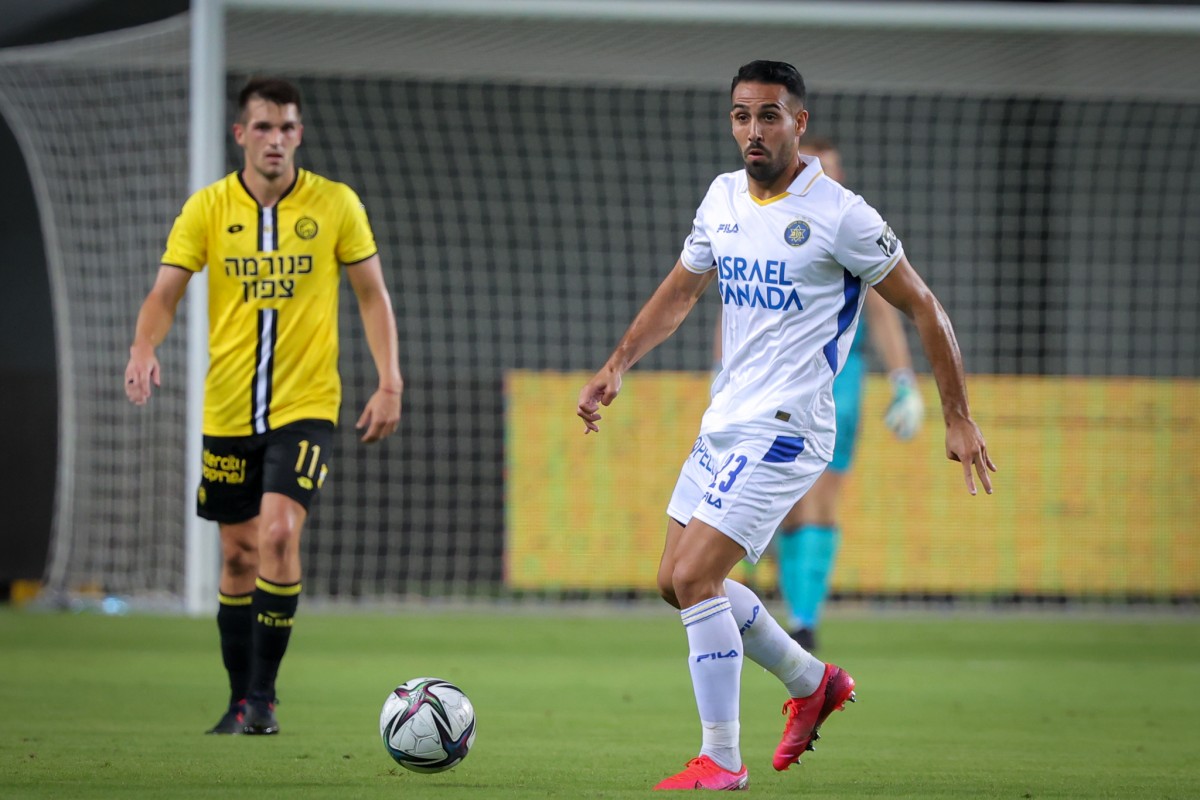 Van Leeuwen made another double change as Osama Khalaila and Ofir Davidzada replaced Perica and Shamir in the 73rd minute.

However, in the 77th minute, Netanya received a penalty and Maccabi were reduced to 10 men after Luis Hernandes prevented Mizrahi from reaching the ball in the box. Igor Zlatanovic managed to convert the shot on goal to make it 4-2 shortly before Idan Nachmias replaced Kanichowsky.

In added time, Khaliala was knocked down by Shlomo who was sent off for a second reserve offense and Guerrero took the free kick against the wall as it was clearly not Maccabi’s night.