New Delhi [India]April 25 (ANI): The future of India-Israel cooperation and relations is very bright, Israeli envoy to India Naor Gilon said on Monday.
Gilon’s remarks came during celebrations of 30 years of diplomatic relations between Israel and India. To mark this milestone, the Cultural Department of the Israeli Embassy in India collaborated with Delhi Street Art to design and execute a mural art project.
Gilon and India’s Minister of State for External Affairs and Culture Meenakashi Lekhi unveiled a mural at Connaught Place in Delhi which depicts and pays tribute to Indian Jewish actresses who marked the early years of cinema Indian.

“We are celebrating 30 years of full diplomatic relations. I believe that over the past few years the relationship has matured and become very intimate and also elevated to the level of a strategic partnership not only in name but also in actions” , said the Israeli envoy.

“We have a wonderful relationship, we share a lot of views on the world and our interests are quite similar. I think the future of our cooperation and relationship is very bright,” he added.
Gilon further expressed hope that Israeli Prime Minister Naftali Bennett will visit India soon. Notably, Bennett’s visit to India, which was scheduled for April 3-5, was canceled after he tested positive for COVID-19 on March 28.
“We were hoping for the visit of our Prime Minister but he contracted COVID-19 and had to cancel it at the last moment. We hope to have the visit soon,” the Israeli envoy said.
Speaking on Indo-Israeli cooperation in different fields, Gilon said, “We are working on a Free Trade Agreement (FTA). We are trying to increase cooperation, innovation, trade, defense and all areas that are of mutual interest to the Indians and the Israeli people.”
Speaking on the occasion, MoS Lekhi said the Indo-Israeli relationship is very old and noted that Hebrew was taught in India while Israel was not even a country. 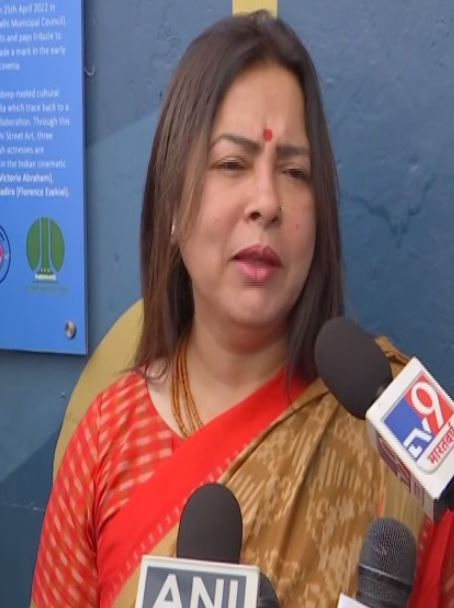 “We have a historic relationship. It’s not just 30 years. We will continue to organize such events,” she added. (ANI)