2022 is shaping up to be a banner year for Israeli defense exports. Yet there is no public information on which countries buy Israeli products, and what exactly they buy.

In a recent announcement regarding the retirement of the head of the Ministry of Defense body responsible for exports – the International Defense Cooperation Directorate (SIBAT) – it was noted that Brig. General Yair Kulas has been “one of the leaders in the sharp increase in defense export figures” to a record high in 2021, reaching $11.3 billion (about 8% of Israel’s total exports, including goods and services).

A few months ago, Defense Minister Benny Gantz told The Times of Israel’s Hebrew site Zman Israel that the value of defense exports in 2022 will far exceed those of 2021. an increase in purchases by Western countries.

However, the Defense Ministry declined to provide a list of countries that buy Israeli weapons and defense products, and which nations are targets of defense industry growth.

Recently, the Department of Defense issued regulations which, when they come into force, are supposed to reduce restrictions on defense exporters. However, the public is not in a position to pass judgment or comment on these regulations as most of the content is secret.

The regulations are intended to change defense exports in two ways – first by expanding by 50% the list of unclassified products that can be traded without needing to obtain a licence. However, the Ministry of Defense refused a request to provide a list of these products, saying it was secret.

Second, the Ministry of Defense is expanding the list of countries to which it is allowed to export unclassified products without the need for a license. When asked for the list of authorized countries, the ministry again refused.

If 2022 breaks last year’s record for defense exports, it is likely that 2023 will break the record again in light of the easing of regulations.

However, while the export branch of the defense industry is growing and booming, the state hides the products, categories and destination countries to which exports can take place relatively easily.

This level of secrecy can pose a danger to the State of Israel; the more information is hidden, the greater the fear of corruption, bribery and dubious mediation. Israel should have an interest in encouraging transparency in its export transactions.

Although not all of the information is visible, it is possible to find some of the defense procurement transactions that have taken place or have been completed in the past two years.

Some recent deals include the purchase via intermediary countries by Indonesia (a country with no formal ties to Israel) of unmanned armored vehicles. 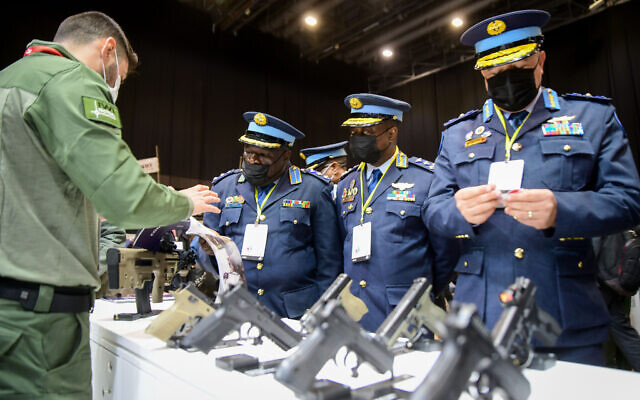 Indonesia was one of many countries, including the Philippines, to buy systems developed by Cellebrite, a company that makes hacking software.

Azerbaijan purchased Israeli armed drones, which were reportedly used in 2020 to attack Armenian targets in the Nagorno-Karabakh region. Azerbaijan also transferred these drones to Equatorial Guinea, a dictatorship.

Turkmenistan has purchased all-terrain vehicles as well as armed drones while the Czech Republic has bought radars and missile systems from Israeli manufacturers.

India is one of the largest customers of the Israeli defense industry, particularly with the joint Israeli-Indian Barak-8 missile defense system.

Itay Mack, an Israeli human rights lawyer highly critical of Israeli arms exports, recently contacted the Department of Defense with information released by Philippine authorities regarding tens of thousands of rifles, pistols and machine guns that Israel sold to the Philippine police. In the Philippines, police have been accused of summarily executing hundreds, if not thousands, of suspected criminals, often shooting them at close range.

Brazil bought drones, radars and missiles. Germany has also bought Israeli missiles and drones and is also expected to buy Israel’s Arrow-3 system, considered one of the most advanced air defense systems in the country’s arsenal. 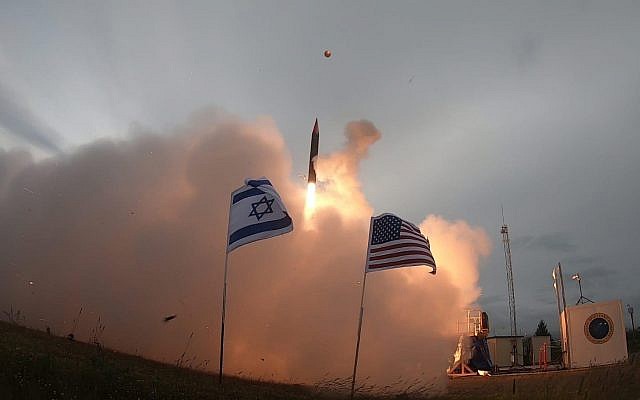 Poland has purchased $152 million worth of Israeli Spike-MR/LR anti-tank guided missiles, which will be partly produced in Poland. Slovakia has purchased an Israeli radar system scheduled for delivery by 2025.

Italy has purchased Spike missiles, as well as Israeli-made missile launchers. Britain has purchased five advanced fighter navigation systems, which are to be installed on Eurofighter Typhoon aircraft. 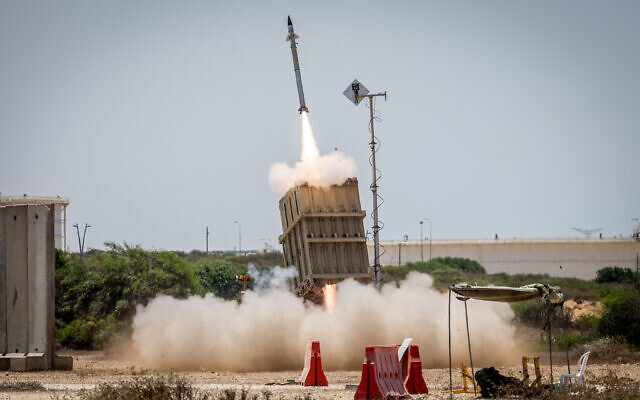 The Iron Dome Missile System fires interceptor missiles at rockets fired from the Gaza Strip towards Israel, in Ashkelon on August 7, 2022. (Photo by Yonatan Sindel/Flash90)

Israel sees defense exports as key to strengthening ties with countries around the world, but it has come under scrutiny for sales of arms, drones and cyber espionage technology to regimes accused of have a patchy human rights record, to say the least.

The country’s defense exports are regulated by a 2007 law that requires defense contractors to consider how and where Israeli weapons will be used. The law is designed to prevent companies from knowingly selling weapons to countries that intend to use them to commit atrocities.

While contractors are legally required to consider potential human rights violations under the law, this requirement can be waived for diplomatic or security reasons.

According to an independent global security think tank, Israel has been ranked the 10th largest international arms exporter for the past five years.

Times of Israel staff contributed to this report.