Israeli forces on Tuesday morning demolished the homes of two Palestinians accused of carrying out a fatal shooting in the settlement of Ariel in April.

On April 29, 23-year-old Vyacheslav Golev was shot inside a guard booth at a gate to the West Bank settlement by Palestinian assailants Youssef Sameeh Assi and Yahya Marei, according to the military.

Late Monday evening, the Israel Defense Forces said they were operating in the West Bank town of Qarawat Bani Hassan to raze the couple’s homes.

According to Palestinian media reports and images later released by the IDF, Marei’s house was blown up by explosives, while Assi’s was knocked down by military bulldozers.

The IDF said that during the operation “riots developed in the area” in which hundreds of Palestinians threw explosive devices and rocks, set tires on fire and threw fireworks at the troops, who responded with riot control equipment.

No soldiers were injured, according to the IDF.

An apparent delay in the demolition was reportedly linked to Joe Biden’s visit to the area earlier this month, when the Israel Defense Forces briefly halted customary nighttime raids while the US president was in the country. Yet demolitions of homes of Palestinians accused of deadly terror attacks usually occur months after the attack, even before the suspects are formally convicted.

Israel has a policy of demolishing the homes of Palestinians accused of carrying out deadly terrorist attacks. The effectiveness of this policy is controversial within the Israeli security establishment, and human rights activists have denounced it as unfair collective punishment. 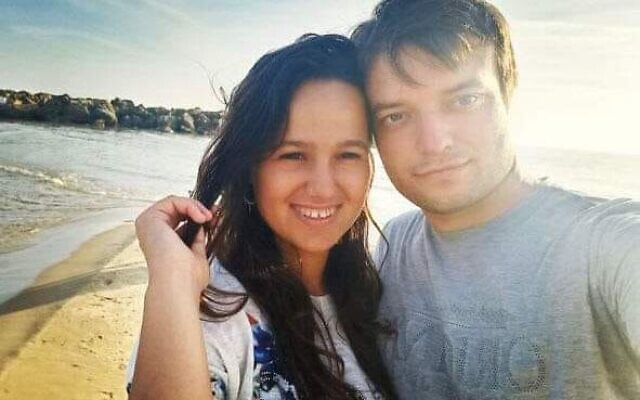 An undated photo of Vyacheslav Golev, a security guard who was killed in a terrorist attack in Ariel on April 29, 2022, and his fiancée, Victoria Fligelman. (Courtesy)

During the April attack, Golev used his body to protect his fiancee, Victoria Fligelman, from the hail of bullets, saving her life. The couple both worked as security guards at the settlement and regularly worked their shifts together.

Tuesday’s demolitions came after Assi and Marei were charged last month with intentionally causing Golev’s death, and the Israeli High Court has dismissed appeals on behalf of their families. The charge amounts to murder in West Bank military courts. They were also charged with the attempted murder of Fligelman.

In the indictment filed last month, prosecutors said the pair decided to carry out the attack after hearing reports of clashes between Palestinians and Israeli security forces. 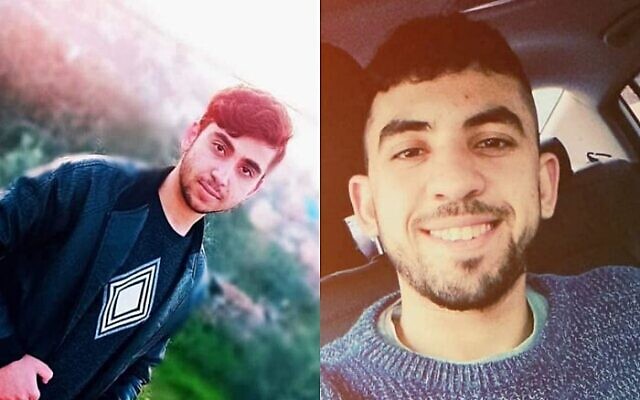 Yousef Sameeh Assi and Yahya Marei, arrested in the Palestinian town of Qarawat Bani Hassan on April 30, 2022, for a terrorist attack on April 29 at the entrance to the Ariel settlement, in which security agent Vyacheslav Golev was killed. (social media)

The two weapons purchased – improvised Carlo submachine guns – and a vehicle to carry out the attack. The indictment said they chose Ariel’s entrance one weekend night because “they thought it would be the best way to carry out their plan and escape the area”.

The two were arrested in their hometown a day later.

The military also filed an indictment against the brother of one of the gunmen, who was charged with failing to prevent the attack, as well as helping the couple hide afterwards.

The Times of Israel community is thrilled to present our new virtual cooking series, B’teavonwhere world-renowned chefs show you how to prepare classic and modern Israeli dishes.