Several prominent Israelis have been named in the so-called “Pandora Papers,” a review of nearly 12 million files obtained from 14 different companies located around the world, including a former Minister of Justice, a secret billionaire and a prominent Likud legislator.

Some 565 Israelis are listed in the Pandora Papers, published by the International Consortium of Investigative Journalists, according to Shomrim, a nonprofit investigative journalism organization that participated in the investigation.

Former Labor Party justice minister Haim Ramon was among the prominent Israelis named in the report released Sunday by the International Consortium of Investigative Journalists which involved 600 journalists from 150 media outlets in 117 countries. It’s nicknamed the “Pandora Papers” because the findings shed light on the previously hidden transactions of the elite and the corrupt, and how they used offshore accounts to protect assets collectively worth trillions of dollars. .

The allegations revolve around the company “Bigova Bay” created in 2006, with a loan of 20 million euros from an Austrian bank, to set up a tourist project in Montenegro.

The company started buying land in the area, but was hit by the 2008 financial crisis. In 2013, the company was sold to another company, MS Privatstiftung, owned by Schlaff.

In this file photo from October 11, 2007, Austrian businessman Martin Schlaff arrives for a round of the BAWAG trial in the main court in Vienna. (AP Photo / Ronald Zak, file)

However, in 2016 the company had some 52 million euros in debt and Schlaff sold it to a Cypriot company, apparently partly owned by Ramon. Later documents show that Ramon then became the sole owner.

However, the deal makes no financial sense, given the company’s large debt, lack of progress, and a clause allowing Schlaff to buy out the company.

Schlaff is a household name in Israel, having been linked to several Israeli politicians, including the corruption trial of current Finance Minister Avigdor Liberman. Liberman was acquitted.

Ramon, a rising star in Israeli politics until his conviction in 2007 for forcing a kiss on a young female soldier, has denied any wrongdoing in the “Bigova Bay” deal.

“I completely reject the accusation that I was a ‘straw man’ for MS Privatstiftun. these accusations are harmful, hurtful and false, ”Ramon said in a statement.

Ramon said his company “was just working to get the ‘Bigova Bay’ project out of the stalemate it was stuck in.”

Israeli diamond magnate Beny Steinmetz, who was convicted of corruption this year by a Geneva court, is also named in newspapers.

Steinmetz has been accused of setting up a complex financial network, including a system of shell companies, in order to pay bribes – partly through Swiss accounts – so that Beny Steinmetz Group Resources (BSGR) can obtain mining permits in the Simandou region in south-eastern Guinea.

The region is estimated to contain the largest untapped iron ore deposits in the world.

In another case last year, a Romanian court sentenced Steinmetz and political adviser Tal Silberstein in absentia to five years in prison each in an organized crime case. 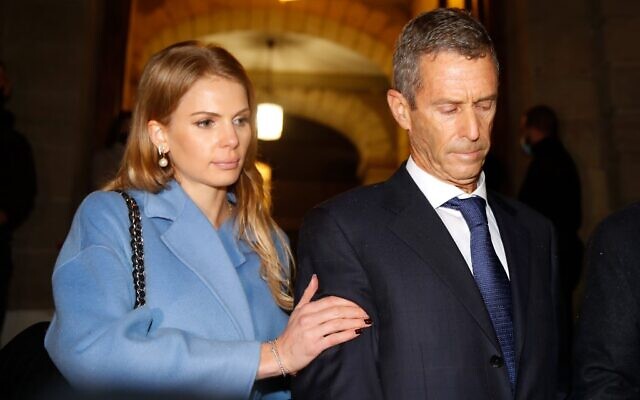 Israeli diamond magnate Beny Steinmetz is comforted by lawyer Camille Haab after his conviction for corruption linked to mining agreements in Guinea, in Geneva on January 22, 2021. Steinmetz was sentenced to five years in prison. (STEFAN WERMUTH / AFP)

The two Israelis were convicted of “creating an organized criminal group” in a property-related case dating back to 2006-2008 and costing the Romanian state $ 145 million.

According to newspapers, in 2018 Steinmetz, at the height of legal proceedings against him, and his children decided to transfer some $ 1 billion from a Lichtenstein-based fund to a Cook Islands fund.

The official reason given for the transfer was that the Steinmetz family were not satisfied with the performance of the fund.

According to the report, the eToro company in which Barkat has stakes is registered in the Virgin Islands, although the majority of its offices are located in Israel. While registering a business in a tax haven is not always illegal per se, it may violate the guidelines of the Knesset Ethics Committee.

Barkat, while mayor of Jerusalem between 2008 and 2018, maintained that his wealth was under blind trust, as most politicians do. Yet, according to Shomrin, the leaked data showed that much of his wealth was still under his name until 2019. 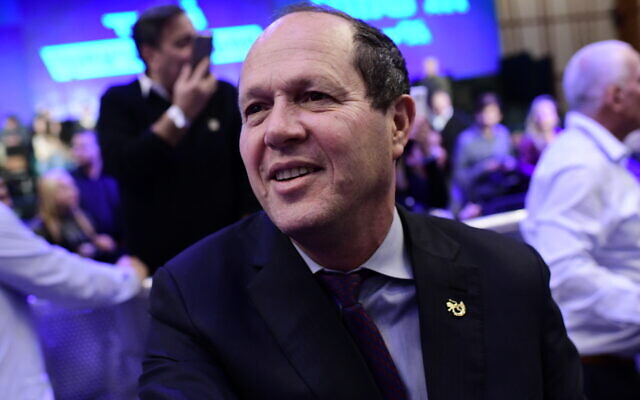 After Barkat was elected to the Knesset in 2019, he transferred the same shares to his brother Eli Barkat, despite guidelines from the Knesset Ethics Committee demanding a “public trust company,” Shomrim said.

Barkat’s office issued a statement on Sunday saying that “when he entered the public sphere about 18 years ago he transferred the management of all his business activities to his brother, and when he was elected to the Knesset, he filed blind trust documents alongside a full capital declaration to the Ethics Committee and asked for its opinion.

“It is difficult to disconnect the political interests at stake in the publication of this ridiculous ‘investigation’,” the statement added.

Barkat had previously sought to be Israel’s finance minister, and last year then-prime minister Benjamin Netanyahu said he would apply for the job if he managed to form a government.

In 2019, business magazine Forbes Israel estimated Barkat’s net worth at some 500 million shekels ($ 139 million), making him the richest lawmaker.

More than a dozen heads of state and government, including the King of Jordan and the Czech prime minister, have amassed millions of secret offshore assets, according to the survey.

The so-called “Pandora Papers” investigation – involving some 600 journalists from dozens of media outlets, including the Washington Post and the Guardian – is based on the leak of some 11.9 million documents from 14 financial services companies across the country. world.