A bereaved mother guarding soldiers at checkpoints. Son of a cobbler who climbs cranes and water towers in the dark of night. An IDF soldier went into hiding in Beirut in 1982.

In “The Man Who Sold Air in the Holy Land,” a new collection of short stories published this week by Omer Friedlander, these characters and more dance across the page in 11 snapshots of life in Israel from yesterday and today.

Friedlander, a Jerusalem native who grew up largely in Tel Aviv, made his publishing debut with an English-language book, writing his tales in a language that wasn’t quite his native tongue.

“I think it’s a way of both being familiar with a place but also getting a bit of a foreigner’s point of view when I’m writing in English,” he told The Times. of Israel in a recent interview. “I think it creates a bit of distance, which maybe allows me to write about it in a clearer way or from a different angle.”

The stories in the collection vary widely in setting, tone, time period and narrator, loosely bound by a connection to the State of Israel. Protagonists include a young Iranian immigrant girl in a tent city of absorption in Israel in 1950, two brothers awaiting their father’s return after fighting with the IDF in Gaza, an old man in an orange grove in Haifa carrying decades of guilt – and, in the title story, a father and his granddaughter hawking bottles of “sacred air” to wealthy tourists.

Friedlander, 27, described her choice to write in English as something that “wasn’t really a decision”. Although he grew up in Tel Aviv, he spent two years in Princeton, New Jersey, as the child of college students, and later earned a BA in English Literature from Cambridge University in England. before earning an MFA from Boston University.

As he worked, he said, “I write notes to myself – often they’re in Hebrew – and when I write it’s in English…I guess I think in both [languages].”

With English-speaking audiences, Friedlander – who signed a two-book deal with publishing giant Random House that now has him working on his second publication, a full-length novel called “The Glass Golem” – worked to get the authentic feel of a Hebrew environment while bringing clarity to English speakers.

Immigrants at a transit camp in Israel, 1950. (Jewish Agency/Wikipedia)

“I think it’s kind of a balance…it was something I thought about, and also when I was working with my editor, we thought about it together,” he said. “Some things I needed to put into context, but I also didn’t want to give up a certain kind of authenticity,” he added. “I wanted it to be clear to the public even if they don’t know the place, but also, I didn’t want it to be some kind of tourist guide.”

Although almost all of the stories take place in the Jewish state, Friedlander said he wrote most of his writing abroad, but with the fabric of the country firmly imprinted in his subconscious.

“The stories are definitely not autobiographical in any way,” he said. “So they’re not exactly memories I use, but…I spent most of my life there and grew up there.” So I think those are certain details, or certain ways people would act or say things, even if they’re not particular memories.

But while many are drawn purely from his imagination, Friedlander said a handful of stories in “The Man Who Sold Air in the Holy Land” can be traced back to personal experiences.

The story “Alte Sachen” (“Old Things”) about two brothers who work as scrap metal workers in the holy city of Safed, was loosely inspired by Friedlander’s time in the city as he completed his military service. .

“I spent a year there and it was a very important year for me,” he said. “I met a lot of people who are very different from what I was used to in Tel Aviv…the city itself and in a way everything has made its way into history, even though I didn’t not met two brothers who were ‘alte sachen‘ [scrap peddlers] but I think something about that year definitely influenced the story a lot. 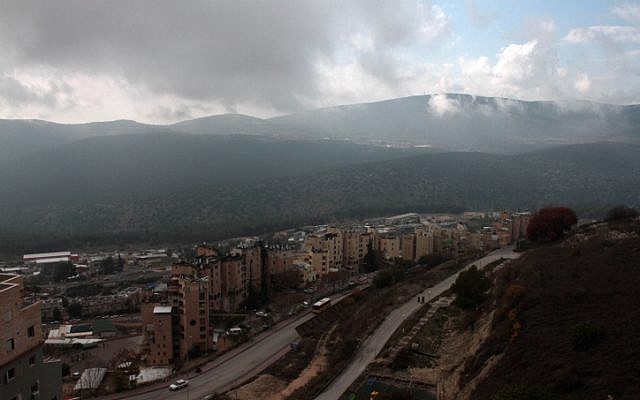 A view of the northern city of Safed (Alana Perino/Flash90)

In “The Sephardi Survivor”, two brothers jealous of their Ashkenazi classmates try to find a Holocaust survivor to bring to school on Remembrance Day. This story, Friedlander said, goes back to a conversation he once had with Israeli friends in Brooklyn.

“We were just talking and one of them who is Iraqi was saying, almost jokingly, but also seriously, that he felt a bit jealous of his classmates who had relatives” who were survivors, the official said. ‘author. And after thinking about it, Friedlander said he understood the sentiment, “because it is essential to Israeli and Jewish identity. So I thought it was very interesting, and it was kind of a way to explore the memory of the Holocaust.

“The Miniaturist” centers on two young Iranian girls living in a tent city of immigrant absorption in Israel in the 1950s, each descended from rival families who worked in manuscript illumination.

That story, Friedlander said, was inspired in part by a chance encounter with two Iranian brothers in Israel selling rugs, vases and other items, and in part by the immigrant story of his maternal grandmother. , who came from Egypt and stayed in such a transit camp for about 18 months.

“She doesn’t really talk about it, so it’s something that I kind of knew, but never talked about with her,” he said. As he was writing the story, he said, “I called her and talked to her a bit about it, but she was still hesitant to talk about it, just like some kind of trauma.”

As the stories tackle themes of war, conflict, and historical wrongs, Friedlander is aware that some may put his work under a microscope in search of political position or identity. 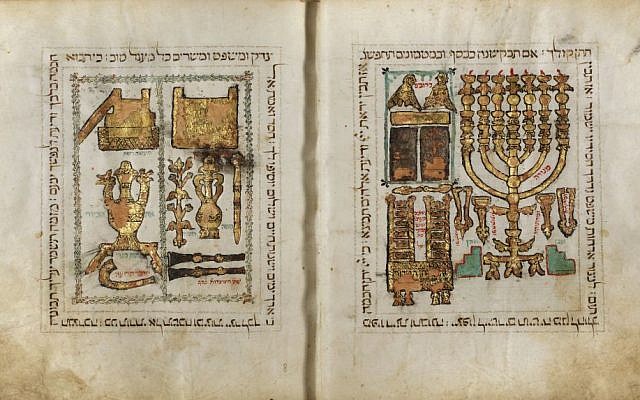 An illuminated manuscript of the Mishnah, part of the De Rossi collection of the Palatine Library, dated to the 11th century. (Courtesy of the National Library of Israel)

“When I was writing the stories, I didn’t think anyone would read them,” he said. He wrote most of them long before he signed with an agent and signed a book deal. “And it gave me some freedom to write about things that have a lot of weight and are sensitive.”

When crafting each story, he said, “I didn’t want it to be a political manifesto or a debate. I kind of wanted to come in through the character, rather than the politics.

But at the end of the day, he says, he just writes fiction, plain and simple.

“I don’t see myself as a politician or a historian or someone trying to defend a certain position,” he said. “With writing, you are above all a storyteller.”

This article contains affiliate links. If you use these links to buy something, The Times of Israel may earn a commission at no additional cost to you.