Robinson announced the news on Saturday, saying, “I am currently undergoing treatment for kidney failure and have been dealing with it privately for four years.”

He continued… “I’m sharing this now because I want to be the voice of everyone struggling to speak out about this disease and come together for a greater cause – our health.”

Robinson, 38, was selected in the first round of the 2005 NBA draft by the Phoenix Suns … and played for the Knicks, Bulls, Celtics, Nuggets, Warriors, Clippers, Thunder and Pelicans during his career. 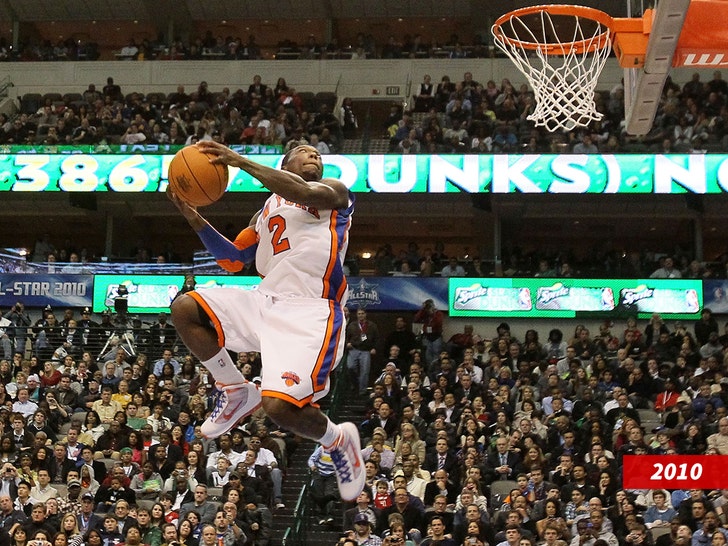 Robinson – who is 5’9″ – has earned a reputation for playing big over the edge, regularly captivating NBA fans nightly with his athleticism.

Nate’s longest stay with an NBA team came in New York … where he played for the Knicks from 2005-09.

After retiring from the NBA after the 2015-16 season, Robinson continued his basketball career…signing with Hapoel Tel Aviv of the Israeli Basketball Premier League.

In November 2020, the longtime playmaker tried his hand at another arena – when he stepped into the ring for a boxing match with the ‘Problem Child’ Jacques-Paul.

Nate hit the mat multiple times that night at the then Staples Center, courtesy of Paul, including a second-round knockout…that ended the fight.

But now we know Robinson was having another fight with his health when he stepped into the ring with Paul…making his effort all the more impressive.

Robinson expressed his gratitude to those praying for his recovery … and said part of the reason he presents this information is to help those affected by or struggling with kidney disease.

“I am grateful for the care and support I have received and continue to receive during this process and hope that through this announcement I can help others like me.”